See Why Pro Angler Pete Maina is Addicted to the Outdoors

Pete Maina is living the dream. How, you ask? Well, first off, his curly shoulder-length mane rivals that of most ’80s rock stars. And who wouldn’t want that? But that’s not the only reason. Find out below. 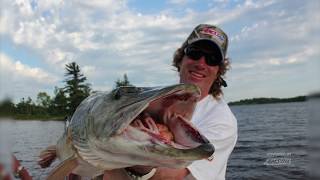 See what I mean about the hair?

Growing up on a resort in the fishing hotbed of Hayward, Wis., Maina was cleaning fish for people by the time he could hold a knife. By 14, he was a full-time guide. 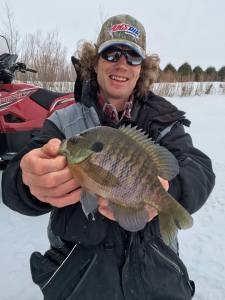 Raised in the “Muskie Capital of the World,” Maina built quite a reputation for being the “Muskie Guy,” guiding countless anglers to catch one of the toughest species of fish to land.

Maina made a household name for himself after appearing on pro angler John Gillespie’s inaugural show, in 1990. He continued to appear on the show regularly. You can also see him on Mark Zona’s, “Zona’s Awesome Fishing Show,’ and has filmed multiple muskie segments for Bass Pro Shops’ “Outdoor World.” In addition, Maina has produced books, articles and videos and speaks at fishing events throughout North America.

Ask Maina about the largest muskie he’s ever caught and he won’t be able to tell you the exact measurement. As an avid promoter and educator of safe fish handling, Maina encourages anglers not to measure their catches as it prolongs their time out of the water.

“A fish is a beautiful fish and the accomplishment is all the same.”

Maina urges anglers to use strong release tools and hook cutters to remove the hook successfully and swiftly. Muskies are prone to delayed mortality, so safe handling and quick release are important. You’ll notice that his mounts in the above video are replicas.

Another Maina must-have? AMSOIL Quickshot, which is formulated to address ethanol problems while helping clean the fuel system and combustion chamber for maximum performance.

“The recipe to help you with ethanol is Quickshot.”

Be sure to check out all our 2019 Enthusiasts and shop their favorite products here. 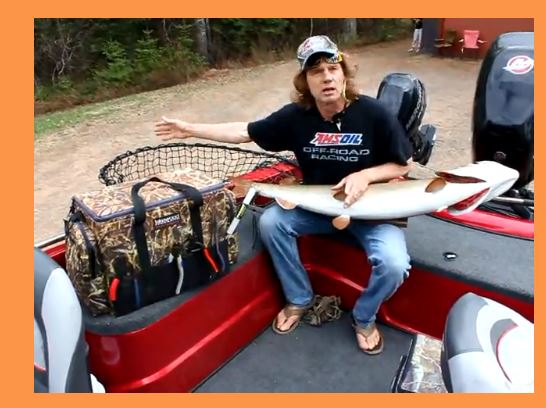