Turbocharger vs Supercharger: What’s the Difference?

Turbocharger vs Supercharger: What’s the Difference?

An engine is nothing more than an air pump. The more air it ingests, the more fuel it can burn. And more fuel equals more power.

Engineers have a few methods at their disposal for increasing the amount of air that enters an engine’s cylinders, but turbocharging has emerged as their favorite in production vehicles.

It’s easy to understand why. A turbocharged, direct-injected engine can make as much power as a naturally aspirated engine sporting two extra cylinders. 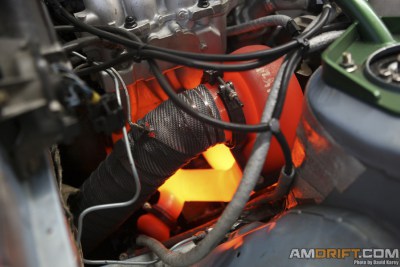 Turbos push more air into the cylinders, increasing power. One downfall, as shown, is the tremendous heat they create.

Consider, for example, America’s best-selling vehicle – the Ford F-150. A 2017 model equipped with a 3.5L EcoBoost V6 makes 375 horsepower, just 10 ponies shy of the non-turbo 5.0L V8. Plus, it makes 83 lb. ft. more torque and gets better gas mileage. (Tech Tip of the day: If your Ford has an “EcoBoost” badge on the fender, it has a turbocharger under the hood.)

All that from a smaller, lighter engine. That’s why automakers are leaning heavily on turbos (in addition to direct fuel injection and variable valve timing) to meet increasingly strict fuel economy and emissions requirements. In fact, experts predict turbos will be in most new vehicles by 2020.

How does this engineering marvel work?

Turbochargers use exhaust gases to drive a turbine, which spins a compressor that pushes more air into the cylinders. More air = more fuel = more power.

What’s the difference between a turbocharger and a supercharger? “Supercharger” sounds much cooler, for one. It also looks cooler with the menacing air intake mounted like a turret on the hood. 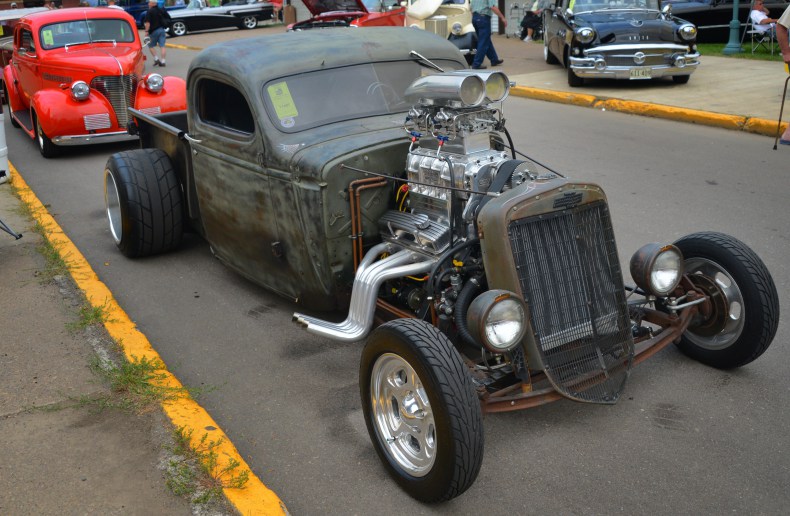 While turbos run on exhaust gases, superchargers are driven via a belt connected to the engine’s crankshaft. This provides a couple advantages. One, superchargers are more responsive, not suffering from what’s known as turbo lag. When you jam the accelerator in a turbocharged vehicle, the engine takes a moment to create the exhaust gases that spin (or spool up) the turbo. The slight hesitation can feel like an eternity when your right foot calls for instantaneous power.

In fairness, some modern turbocharged engines are so well refined that they’ve largely eliminated turbo lag. But a supercharger eliminates lag altogether and delivers instant boost. The tradeoff comes in the added bulk and cost, which is impractical for most daily drivers. That’s why superchargers are still relegated to high-performance vehicles and hot rods.

The answer depends on what you’re looking for. If you define “better” as delivering the most power and best performance, the supercharger clearly wins.

But if you’re after a satisfying combination of improved performance, efficiency and cost-effectiveness, go for the turbo.

Whatever the choice, use a high-quality synthetic oil

One byproduct of added power is heat, particularly in turbocharged engines, and heat robs engines of efficiency, meaning you can’t drive as hard. The exhaust gases that drive the turbo can exceed 1,000ºF and spin the turbine more than 150,000 rpm.

The tremendous heat and stress turbos create can cause some oils to breakdown and form harmful bearing deposits, known as turbo coking. Over time, turbos can suffer reduced performance or fail altogether.

Synthetic oil’s improved heat resistance makes it the preferred choice for fighting deposits in these vehicles.

What good is the added performance of a turbocharged engine if you don’t protect it?

Local Editor’s note: I always say – to our seasoned customers, none of these measurements mean as much as the seat of the pants tests. Had a 2016 GMC gas truck testimonial the other day. They simply switched to AMSOIL and the truck started to start easier and low RPM the improvement was significant. How could this be? The other “so called synthetic” change drastically in viscosity and use very low-end detergents, causing VVT screen clogging. Something AMSOIL is designed to protect. Just opening up the screens and allowing the VVT to work once again is an eye opener! Not to mention the smoother overall operation. The others can’t achieve this because the stockholders will not allow the decrease in profits as long as Walmart is moving their “Awesome” stuff. Once you realize their “Awesome stuff isn’t so awesome and should be $2 per quart, you will find a product built for the purpose.