More Than You Ever Wanted to Know About Motor Oil Additives

More Than You Ever Wanted to Know About Motor Oil Additives 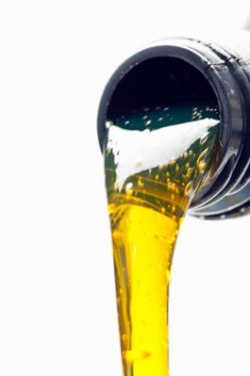 It’s been a long, long time since motor oil was “just oil.” In the 1930s, someone decided to begin putting wax modifiers in the oil to address the problem of wax residue after the refining process. Thus was born the motor oil additive market.

Today, motor oils, whether petroleum or synthetic, contain a variety of ingredients designed to improve its performance. This article is an overview of the various oil additives used in automobile motor oils and drivetrain fluids.

In this article, we’re referring to additives that are formulated into the motor oil, not the aftermarket oil additives available on the shelves of auto parts stores. Power, protection and performance come from the interaction of numerous variables, not just a single “silver bullet in a can.”

Motor oil additives have three essential functions: to protect metal surfaces, to expand the lubricant’s application range and to extend lubricant life. Additional considerations for additive selection include ease with which they can be handled by formulators, stability in storage, toxicity and aroma. Yes, even smell is a serious consideration.

In automobile motor oils there are five kinds of problems that additives address with regard to surfaces. First, there are anti-wear agents. These include phosphates, organic sulfur and chlorine compounds, sulfurized fats, sulfides and disulfides. These various compounds reduce friction and wear while helping to prevent scoring or seizure. Through chemical processes they help prevent metal-to-metal contact.

• Corrosion and rust inhibitors, like zinc dithiophosphates (a multi-purpose additive), metal phenolates, fatty acids and amines are used to prevent corrosion and rust on the internal metal parts of the engine.

• Detergents keep surfaces free of deposits. By use of metallo-organic compounds of sodium, calcium and magnesium phenolates, phosphonates and sulfanates, varnishes and sludge are neutralized and maintained in a soluble state.

• Dispersants, such as alkylsuccinimides, alkylsuccinic esters and mannich reaction products keep insoluble contaminants dispersed in the lubricant. Contaminants are bonded by polar attraction to dispersant molecules, preventing them from agglomerating. 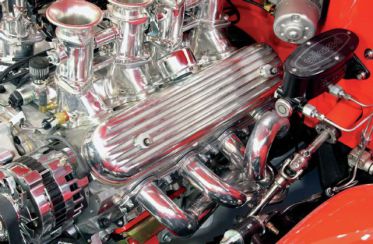 A second class of additives includes compounds that improve the oil’s performance. Pour-point depressants, which are not required in high-quality synthetics due to their low-temperature capabilities, enable lubricants to flow at lower temperatures by modifying wax crystal formation, thereby reducing interlocking. The compounds used for this function include alkylated napthalene and phenolic polymers, polymethacrylates, and certain copolymer esters.

• Seal-swell agents help swell elastomeric seals by causing a chemical reaction in the elastomer. Organic phosphates and aromatic hydrocarbons are sometimes used to achieve this effect.

• Viscosity modifiers help reduce the rate of viscosity change when temperatures rise or fall. Polymers and copolymers of olefins tend to expand as the temperature rises, counteracting the oil’s tendency to thin. Other compounds used for this function include methacrylates, dienes and alkylated styrenes.

There are also three types of protective additives. Antifoamants reduce surface tension and speed the collapse of foam. Foam is an enemy of effective lubrication. Wherever air can get into an active fluid system it has a tendency to get trapped or swirled in, resulting in billowing or foaming. Without defoamers, foam would gurgle out of the dipstick when customers came in for an oil change. To fight foam, oil formulators add silicone polymers or organic copolymers.

• Metal deactivators are used to reduce catalytic effect of metals on the oxidation rate. In other words, without organic complexes containing nitrogen or sulfur, amines, sulfides and phosphites, the rate of oxidation would speed along unchecked. These compounds form an inactive film on metal surfaces by complexing with metallic ions.

In short, motor oil has a lot of stuff in it these days. It is not a haphazard concoction of chemicals just thrown together. As you can see, many of the compounds in motor oil are designed to interact with what is going on inside an engine. But many compounds are selected so that they will not interfere with their designated functions. That is to say, formulators are chemists who must carefully consider the way these various chemistries interact with each other, not just the context they individually work in.

One example is the battle between corrosion inhibitors and anti-wear additives. Sometimes these additives battle for sites on a metal surface. If you use too much corrosion and rust inhibitor the anti-wear properties of the oil can be diminished.

It is important to realize that additive chemistries can themselves have disadvantages as well as advantages. The usage of various additives involves trade-offs. Here are just some examples of negative effects additives may possess.

• Detergents and dispersants can promote foaming and minimize the effectiveness of anti-foaming additives.

• Certain additives can cause corrosion when exposed to high temperatures.

• Too much anti-foaming additive will in itself result in foaming.

Today’s additive systems are quite sophisticated. Because they can be sensitive and negatively affected by the addition of other chemicals, some experts feel that lubricants of different brands or types should never be mixed. Nevertheless, for the most part motor oils are considered compatible with each other in today’s market.

The rule of thumb here is that if an application does not require an additive, do not use it. This holds true especially for aftermarket additives. Motor oil formulators go to great lengths to build balanced systems that meet pre-designed targets. Not only the choice of chemistries, but the concentration at which an additive is used will have a major impact both on how well a lubricant performs a task and on its cost.

AMSOIL INC. uses only the highest quality additives and thoroughly understands how each interact. Not only are the specific base oils selected for their ability to fight wear, but the additive package plays a vital role in a lubricant’s performance as well.

The Best in the Industry

If you want the best in the industry simply use the Signature Series of products by AMSOIL. The best additive packages as technology allows will always be featured after rigorous testing.