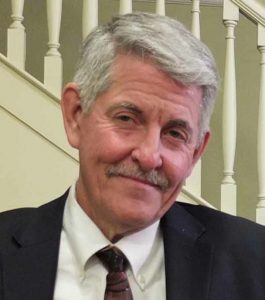 Here’s the final installment of insights I’ve learned in my career at AMSOIL. Check out part 1, part 2 and part 3.

When I first started writing about AMSOIL 30 years ago, the company was hardly a household name. Not only had people not heard of us, most people really didn’t know what synthetic oil was. “It’s snake oil, right?”

Those of us who grew up in the 1960s were taught to trust no one, especially those in authority. This creates a problem, however. By doubting everyone and everything, we can never come to a firm belief in anything.

When people had questions or expressed confusion about synthetic motor oil, they were simultaneously suspicious. Doubt can certainly be legitimate, but it’s usually due to a lack of information. Criticism doesn’t help honest doubters. They need a sympathetic ear, and when we understand where they’re coming from, we can offer solutions.

When people refrain from buying, you have to figure out what the specific doubt is that’s holding the buyer back. You can’t bludgeon them into telling you. It emerges when a trusted relationship has been established and they can be honest with you.

Doubt is not a crime. It is simply a signal that information is lacking. The key to overcoming doubt is education. When good information is provided, and people choose not to believe, that is a different matter.

I find it interesting that, at one point in history, there were no airplanes…and then one day there was an airplane. Likewise, at one time, there were no engines, then someone invented the engine and now there are millions of them in the world.

Several years ago I read that GM and Honda alone make 87,000 engines a day. That’s a lot of engines. Wherever there are engines, there are lubricants. Conventional motor oil became the fluid of choice, refined from crude oil extracted from the ground.

In the 1940s a new kind of lubricant was beginning to emerge in the aviation industry. Synthetic, or man-made, oils were used to protect jet engines where conventional oils would fail. Their low pour point in northern climates and extreme-heat performance were ideal for the rigors of jet aircraft. These oils were more expensive to produce, and few thought they would ever be used in cars because petroleum was abundant and cheap.

In the 1960s Al Amatuzio, a Lt. Colonel in the Air National Guard, imagined differently. Despite the cost, he found an enthusiastic reception for the new synthetic motor oil he introduced in 1972. Within a few short years Mobil 1 joined AMSOIL because Al proved there was a market for this new lubricant, in spite of its higher initial price. By the end of the 20th century, as engines became more sophisticated, nearly every motor oil manufacturer had introduced synthetic motor oil to its product line.

You can read the story here at amsoil.com/about.

18. Some in the Oil Industry Have Said Things They Don’t Believe

Sometime around the year 2000, while attending the Automotive Oil Change Association (AOCA) trade show, I sat in on a presentation by a well-known speaker from one of the larger oil companies. I had read some of his articles online in the 1990s and was interested in hearing him talk. There were 100-200 oil change professionals in the room who were likewise eager to hear him. After his primary presentation he opened the floor to a Q&A period.

One inquiry was of special interest to me, since I had been writing about extended drain intervals with premium synthetic oil for many years. The question was this: “How do we tell people to go 3,000 miles between oil changes when automakers are now saying to go 5,000 miles and even longer between oil changes?” To this, our illustrious speaker replied, “Just tell them to go 3,000 miles. Car owner’s manuals and the Bible are the most printed, yet least read, books in the world.” He thought this was humorous, but I thought it appalling. In other words, lie. If people don’t know the facts, that’s their problem.

From where I sit it seems a bit unethical, and it’s one more reason why the fast oil change business lost a measure of credibility. (Note: There are a lot of really great people in this industry, so please do not take this as a blanket indictment of all lube shops.)

19. Oil Quality is Better Today Because it Has to Be

When I first began writing about synthetic oil in 1986, there was a huge disparity between synthetic oil and conventional petroleum oil. Since that time, cars – and the engines that power them – have become increasingly sophisticated. As a result, the lubricants that protect these engines have greater expectations placed on them. The bar has been raised. Motor oil standards are higher than ever.

20. There’s Always More One Can Say

For some reason, I’m suddenly speechless. This is my last blog post here on the AMSOIL Blog as I turn the page to begin a new chapter in my life titled “Retirement.” Writing for AMSOIL and being paid to use my talents to help further the goals of the company has been a long-term privilege.

Thanks for joining me on the ride.