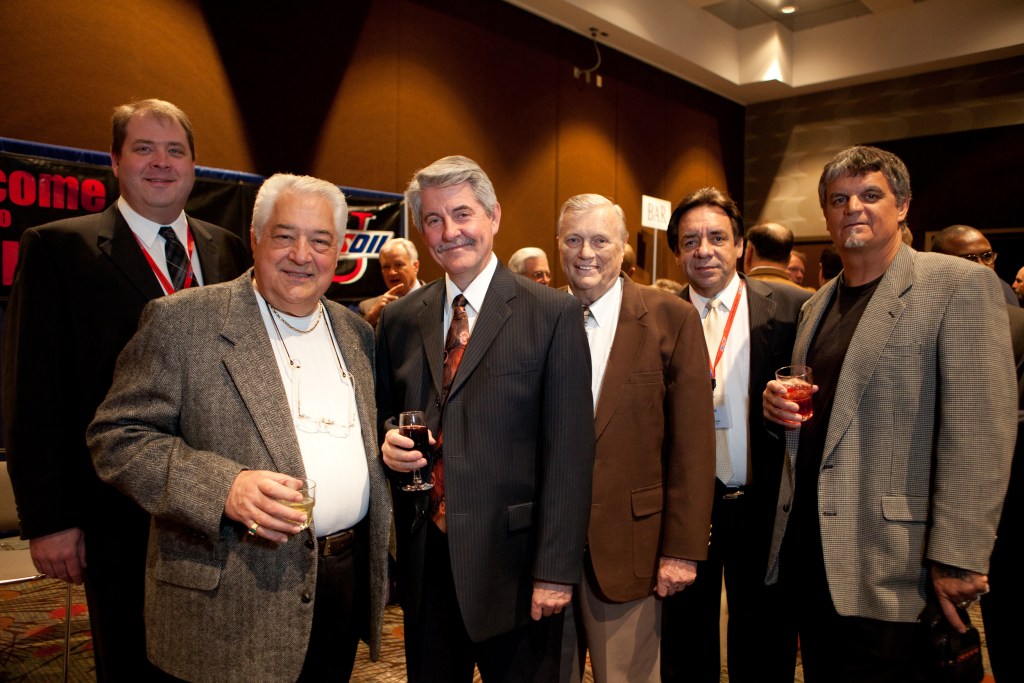 Last week I was asked to share some of the things I’ve learned during my career at AMSOIL. To be frank, the list is much longer than what I have time to share here, but it’s sure been fun reflecting on some of the highlights. Here are five more bits, pieces, observations and discoveries.

There are two ways to reduce pollution: recycling and source reduction.

When it comes to recycling, used synthetic oil is the same as conventional oil. You can’t dump used synthetic motor oil down the sewer any more than you can petroleum. About a year ago, I read an article that indicated synthetics reduce pollution by a small degree. Both types of used motor oil must be taken to recycling centers for re-processing.

Here’s another environmentally friendly feature offered by synthetics. Due to their reduced volatility, synthetics do not boil-off, or vaporize, as readily as petroleum oils, which can lose up to 20 percent of their mass in the high-heat conditions of the internal combustion engine. Synthetics are much more resilient to extreme heat, which reduces the amount of oil required to top-off an engine. Plus, reduced volatility curbs harmful exhaust emissions that exit the tailpipe, promoting cleaner air.

7. Nothing Stays the Same (this applies to marketing as well as cars)

The very first cars were started by crank. It wasn’t until 1911 that Charles Kettering patented the electric starter, which enabled drivers to remain seated in their car as they started it. Imagine what it must have been like trying to crank-start your car when it was -10º with a -30º wind chill.

Ford became a market leader with its assembly line production (1913), reducing the cost of making cars. GM eventually took the lead by means of styling and planned obsolescence. It was 1957 when Toyota began shipping cars to the U.S. Those were the days when the phrase “made in Japan” was used to disparage the quality of Japanese-made toys and the like. This was about to change, both in the automotive and electronics industries. As American automakers focused on profits instead of quality, Japan became the world’s leading car manufacturer. The 1970s gas crisis only cemented the deal. U.S. cars were gas guzzlers; Toyotas were fuel-efficient machines. In 2008 Toyota surpassed GM as the largest automaker in the world.

As for marketing, the Internet was just a twinkle in its creators’ eyes when I was developing my first AMSOIL ad campaign. Ads were created for print media, and the notion of a “digital” campaign seemed unimaginable.

How quickly it all changed, though. In 1994 I took a class at the University of Minnesota about the Internet, but even then it was hardly considered a marketing tool. In fact, the “early settlers” were to some extent anti-business. The notion of using this new, unexplored territory for commercial purposes seemed anathema to many. But as in the days of the gold rush, when people emerged from the woodwork to capitalize – from those selling picks and pans, to doctors, pharmacists, lawyers and civil servants – the Internet likewise attracted an influx of entrepreneurs and commercial ventures. Internet marketing is now big business. Even the act of being social (sharing stories, videos and photos on social media) has become a new realm for marketing. It’ll be fun to find out what comes next.

8. The Importance of Filters

Filters play a huge role in vehicle maintenance. Cars contain all kinds of filters these days, including the fuel filter, air filter, transmission filter, breather-element filter, cabin air filter and oil filter. Wouldn’t it be great if one could write about filters from the perspective inside the filter itself?

As luck would have it, while preparing an article for National Oil & Lube News (NOLN) I had a rare opportunity to interview a talking dirt particle by the name of Dirtamus Silicapoulis. Not often is one afforded a first-person account regarding what actually happens inside an engine. Mr. Silicapoulis, or “Tiny” (as he prefers to be called), asked that I not reveal his address or phone number because he doesn’t want the damage he has done to come back to haunt him.

That particular (fictitious) interview was published in NOLN in August 1999.

9. There Are Dozens of Reasons for Oil Consumption

My father-in-law used to keep track of how many miles he could go before needing to top-off with another quart of oil. In the old days before synthetic oil, people were conscious of how volatile petroleum oil was.

I mention this because some people believe that synthetic oil is too thin to stay in the engine. They hear a story about oil consumption and blame the oil. In the old days oil consumption was normal. In a mechanically sound engine, it is less so. In light of the continued push to improve fuel economy, oil will continue to become thinner in the future. It won’t be long before 0W-16 oils become widespread.

10. I’ve Learned To Be Careful About Predicting the Future

People love making predictions. It’s nothing new. As long as I can remember people have been making predictions about the future, and getting it wrong. I remember reading about future cars that would fly six inches off the ground like hovercraft. This 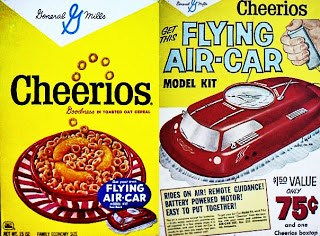 1964 prediction, which appeared on the back of my Cheerios cereal box, suggested that in 20 years wheels would be obsolete. It sure seemed believable to me (I was 12 at the time).

Around the same time pundits were saying that oil would also be depleted in 10 years, a prediction I have heard every decade my entire life.

Nowadays we’re hearing predictions about when to expect electric cars to replace the internal combustion engine and driverless vehicles to replace you and me behind the wheel. These may come to pass, but be careful about making bets on the “when.”

Here are a handful of predictions from the past century regarding motorized vehicles that will likely make you wince, while keeping you cautious about your expectations.

1903: Tires will never be safe until they’re clad in armor. Tires of the future, Motor magazine wrote, would have a “coat of mail.”

1905: Gasoline will never be the fuel of choice.

1909: Annual new-car introductions will become a thing of the past.

1926: The four-minute engine change will be commonplace. Skip the oil change. Just replace the engine, thank you.

You’ll find a few more of these bloopers in John Lypen’s 2002 Editor’s Report.