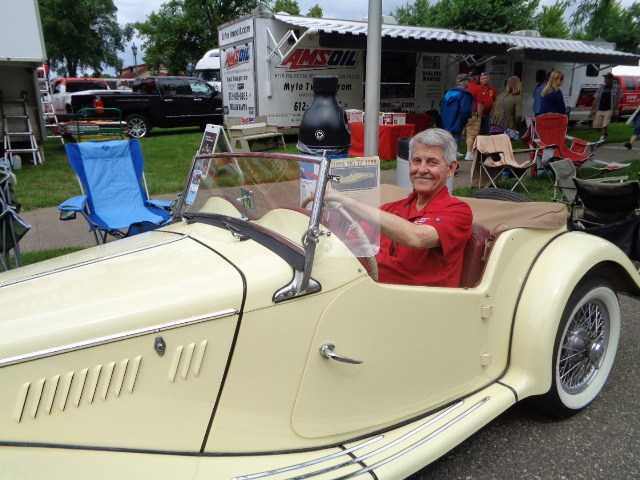 While discussing blog ideas recently, someone asked that I write about some of the things I’ve learned at AMSOIL since I will be retiring at the end of the year. The list grew long quite rapidly, and when I hit 20 I thought I should stop, even though I suspect I could list 100 things fairly easily.

Here are the first five. I’ll end with the phrase, “To Be Continued.”

1. Writing Is A Superb Way to Learn

I began my career with AMSOIL in 1986 as a writer. Writers have a unique role in most organizations, whether it be a manufacturer or publication. The work they do is visible to all. Whether an article for AMSOIL Magazine, a product data bulletin or, nowadays, online content for the blog or website, what writers produce is seen by all.

For this reason, writers not only need to have a keen grasp of punctuation, spelling and grammar, they also need to be accurate in conveying technical product information or facts about events. When you write, you are forced to translate nebulous ideas, concepts and experiences into specific, concrete words. It’s a skill that requires hard work to master.

At AMSOIL, the bar is set high when it comes to accuracy. Our readers come from all walks of life, including lawyers, Ph.D.s and ordinary folk like you and me.

I still remember the first data bulletin I was assigned to write. It was a data bulletin for a new line of lithium-complex synthetic grease. Until then I had no idea what grease was or how it was made. For three weeks, it seems, all I did was talk about grease. I remember being at a party and sharing what I knew about the history of grease and other details (trust me, this is not a hot conversation starter).

Bottom line: Beginning as a writer here was a great way for me to learn about the product line, the history of synthetic lubrication and the essential role of our Dealer network. In late 1987 I was hired away after setting up the Advertising Department to become the in-house “ad agency” for a company in the screen print industry. I became something of a rock star (i.e. had good success) by simply putting into practice everything I learned here at AMSOIL. I worked with talented people and had inspiring role models here who played an important developmental role in my career. After my eight-year stint away, I returned to AMSOIL in 1996 to resume the advertising program I’d had the privilege of initiating in January 1987.

2. How Grease Is Manufactured (just in case you wanted to know)

In the old days, before the discovery of petroleum, whale blubber was used to grease machinery, and Conestoga wagon wheels were greased with buffalo fat. Whatever works is what you do, right? Eventually we found a better way. 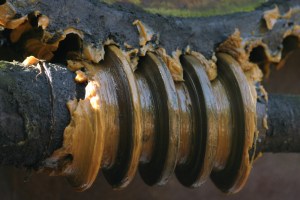 Grease is comprised of three components: a lubricant, additives and a thickener. The lubricant can be conventional or synthetic oil, while the additives are added for specific functions, much like the additives in motor oil. The thickener is the carrier. Its purpose is to solidify the lubricant so it doesn’t seep out and stays in place.

The thickeners used include various soaps, chemical compounds and other non-soap chemistries such as clay, polyurea or various powders. Formulation decisions ultimately have a bearing on consistency, heft and service life.

To be quite frank, grease can be a pretty boring subject, though it has played an important role in lubricating the wheels of progress.

3. Advertising Is One Place Where “Free Speech” Doesn’t Apply

We often hear people talk about our first amendment right to free speech, but for people in the advertising business there are good reasons that “right” has been crimped. Years ago I used to have a note on the shelf above my computer that listed the names of companies that had been cited by the FTC for false claims about their additives. Truth in advertising is very important, hence the existence of many watchdog groups on behalf of consumer protection.

I appreciate the high standards here at AMSOIL. The company isn’t afraid to make claims about its products, but the claims we make are claims we can stand behind. Hence, the company spends serious money on product testing for the purpose of being able to substantiate its claims. When we say that an oil improves fuel economy, or that you can go 25,000 miles or one year without an oil change, it’s because we walked the walk first.

4. Two tips for when you work a trade show like SEMA

It seems hard to believe, but I have attended the SEMA Show in Las Vegas 21 times. When I first started going, the massive South Hall of the Las Vegas Convention Center didn’t even exist, and half the North Hall hosted boats and marine companies. 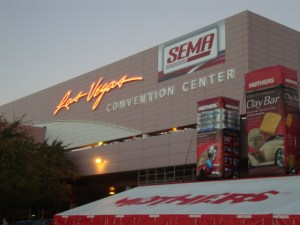 As the show has grown in immensity, it requires more walking than ever. I heard that on average people do 10 miles of walking a day at SEMA. That might be right or it may be a bit high, but I can assure you that you will be on your feet a lot if you go.

So here’s a tip. Bring two pairs of comfortable shoes and rotate them, one pair during the day and an evening pair for after hours. I also use padded insoles. Once you get blisters on your feet, you’re in a world of hurt.

The second tip is to pace yourself. Make sure you get enough sleep. It’s a long week, and you have business to attend to.

5. There are a lot of different kinds of transmissions

When I was growing up I used to think there were two kinds of transmissions: manual and automatic. I learned how to drive a manual in high school when my first steady girlfriend’s dad, a florist, taught me how to drive his Ford van so I could deliver flowers for him. When I went to college I drove a batch of hippies across Pennsylvania in a VW van because no one else knew how to drive a vehicle with a clutch.

Since coming to AMSOIL I’ve discovered there are a wide variety of mechanical means for transmitting power through the drivetrain. In addition to traditional automatics and manuals, you can now get a dual-clutch transmission, continuously variable transmission and even an automated manual transmission. Thirty years ago I’d have to admit, “I didn’t know that.”