Summer is in full swing, race fans! Which means Team AMSOIL is busy, busy, busy. Let me take a moment from taking in all the exhaust fumes and evaluating my farmer’s tan to let you know what we’ve been up to and where we’re headed.

AMSOIL GNCC wrapped up racing for the summer June 6-7 in Dunkard, Pa., a new stop on the circuit. #TeamAMSOIL members Chris Borich and Team Babbitt’s Josh Strang found themselves atop the podium heading into the summer break.

Be sure to catch our recap from the Snowshoe GNCC here.

The second of three AMSOIL Swap Moto Race Series kicked off this past weekend at Milestone MX Park. The Terra Firma Series will run through August. Racers who compete in this mini series are eligible to win AMSOIL products and gift certificates as part of our partnership with the entire series.

Take a trip around the Expert track below.

In the Staging Area

Eight races, 10 nights. The USAC AMSOIL National Sprint Car Championship expands to its largest schedule for its 32nd running this year. Racing starts this Thursday in Gas City, Ind. and runs through Saturday in Haubstadt, Ind. The drivers take Monday and Tuesday off to gas up for the remaining stretch.

We followed along last year with Chad Boesplug during Sprint Week. Check out the video below.

Veteran off-road racers (and brothers) Brad and Roger Lovell are at it again. This year, Expedition Colorado starts near Grand Junction, Colo. and heads toward Moab, Utah. The route then heads southeast through the San Juan Mountains, ending in Lake City, Colo.

Check out all the scenery from last year’s trip below. 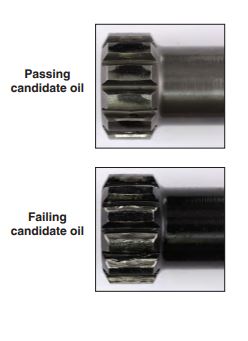 Hydrostatic transmissions require advanced fluids AMSOIL’s Hydrostatic Fluid has become a high demanded product with nearly no advertising. Accelerated word of mouth impressions works quickly in the landscaping industry. Especially when there are no other specialized products in such a void. Professionals have zero tolerance for zero-turn-mower inefficiency. Mike Nelson | SENIOR PRODUCT DEVELOPMENT ENGINEER […] 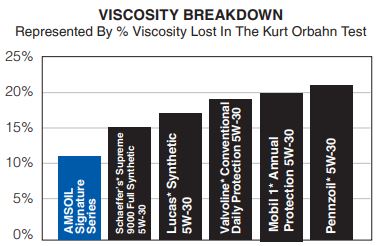 Viscosity breakdown Lubricant viscosity affects wear protection, fuel efficiency and other critical areas of oil performance. Matt Erickson | VP, PRODUCT DEVELOPMENT Viscosity is one of the most important properties of a lubricant. Using the right viscosity oil is vital to providing your engine the best wear protection. The real secrete to our formulations is […]