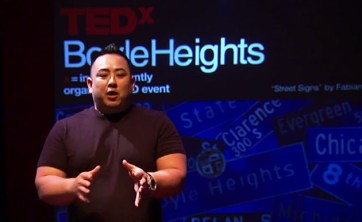 Myles Kovacs, speaking from the heart.

When I returned to AMSOIL in 1996 and attended my first SEMA Show, one of my first aims was to get a handle on the publishing industry, especially with regard to the magazines that were out there covering the scene from various angles. It was astonishing how many niches there were. What an exciting industry.

The one constant throughout these past 20 years, though, is that things have been constantly changing. Yes, magazines like HOT ROD, Car & Driver, Autoweek and Motor Trend still have major influence. There has been an incredible amount of shifting and twisting and shaking in the media scene, due in part to the emergence of the Internet, but also due to the heart-wrenching stock market and real estate crashes. And let’s not forget 9/11.

Despite all this upheaval, there have been any number of success stories, from the birth of Google and Facebook and the surprising expansion of television and celebrity culture. What an amazing time in history, and we’ve had front-row seats. 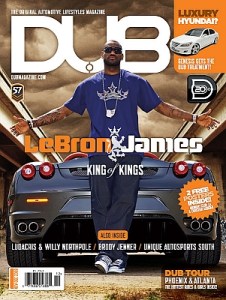 One of the big success stories of our time has been the rise of DUB magazine, a bling-fueled wave that has spread from L.A.’s urban car culture scene to America’s heartland, creating enthusiasts from coast-to-coast.In case you’re wondering, “DUB” is street slang for custom wheels 20” or larger in diameter. In addition to their magazine they also created the DUB Magazine Custom Auto Show & Concert, which tours more than a dozen U.S. cities. The DUB dream was a collaboration birthed by Myles Kovacs, Haythem Haddad and Herman Flores.

I was introduced to Myles Kovacs at the 2016 SEMA Show and was immediately impressed. His heritage may be Japanese and Hungarian, but he grew up in East L.A. speaking English and Spanish. Despite his enormous success, he’s just a regular guy, unpretentious and obviously greatly respected. While we talked, two-time Indy 500 winner Emerson Fitipaldi stopped by to say hello.

Last week I reached out to Kovacs hoping I could share a bit of his story here. I’d heard his TED Talk and felt that many of you might get inspired. His talk is entitled “Turning Pain Into Strength.” You can watch it at the end of this brief exchange he and I had while he was stuck in traffic there in the Valley. 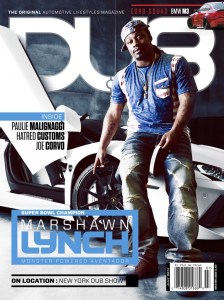 AMSOIL: What is it that makes DUB unique and how did you come up with the idea for this magazine?

Myles Kovacs: Definitely the celebrities. A lot of celebs we already had relationships with though our retail business…Celebs came in to get work done at the shop. I was also in the music industry. So we met celebrities through that channel as well.

AMSOIL: DUB has had a meteoric rise.

MK: It eventually became a competition. They (these various celebrity personalities) would approach us to be on the cover, saying, “My cars are better than hers.” Sometimes cars have not been up to par, though. We didn’t use them even though the people were famous.

AMSOIL: There’s a Middle Eastern proverb that states, “The same sun that melts wax hardens clay.” What’s the secret to not becoming bitter when it seems like you haven’t gotten a good shake from life?

MK: Always look at yourself as fortunate. There’s always worse that can happen. Failure offers uniqueness and opportunity. I have never learned from my success, but always from my failures. 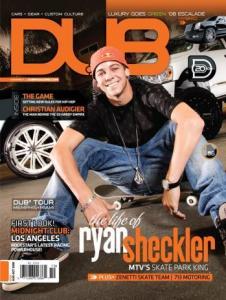 AMSOIL: Sometimes success is as difficult for people as failure. How do you handle success and keep things in perspective?

MK: I realized I’m in a marathon, not a sprint. It’s not he who is fastest, but who can keep doing it their whole life; that is what counts.

AMSOIL: How has the urban car scene changed since you started the mag in 1999 and how do you keep the publication dialed in to where the scene is going?

MK: The urban car scene has gotten much larger. A lot of it is about educating consumers. Also car companies are designing better cars. A lot of it has to do with access to media and educational material. The Internet and social media have made a big difference. When I first started out, I traveled around the country and – before social media – saw that the rest of the country was three years behind the West Coast scene. All this has changed.