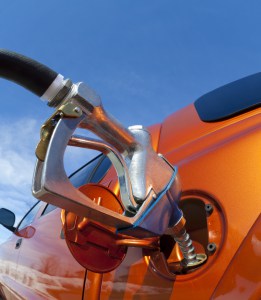 Although gas is hovering around only $2.00 per gallon these days, increasing fuel economy is still a top priority for most automakers, due in large part to more strict corporate average fuel economy (CAFE) requirements on the horizon.

One strategy automakers are using is widespread use of synthetic lubricants. How do synthetics increase fuel economy compared to conventional lubricants?

The lower the oil’s viscosity – defined as its resistance to flow – the more readily it will flow. Imagine a jar of honey and a glass of water. Stirring water with a spoon requires less energy than stirring honey. The same principle applies to your engine and motor oil. Lower-viscosity oils are easier to pump through the engine and offer reduced resistance to moving engine parts, increasing fuel economy.

Why do synthetics offer an advantage in reducing motor oil viscosity?

Formulating a 0W-XX motor oil using only conventional base oils is extremely difficult at best, if not impossible. While formulators can achieve the 0W rating, the oil will vaporize more readily at higher temperatures and fail other required industry tests. Simply put, formulating lubricants is a give/take, and conventional base oils don’t provide near the performance as synthetics, requiring formulators to give up too much required performance in one area to gain it in another. In this case, conventional oils have to give up too much high-temperature performance to achieve the 0W rating.

Synthetics’ improved flow during cold starts also improves fuel economy. Since they don’t contain waxes, which are inherent to conventional oils, they don’t thicken as much when your vehicle sits overnight. In the morning, when you start your vehicle and drive away, the motor oil, transmission fluid and gear lube don’t require as much effort to circulate. This results in less wasted energy and improved fuel economy.

It’s important to note that “cold” doesn’t only apply to us northern folks. “Normal” operating temperature for a vehicle can be up to 235ºF, and anything below that is considered cold to your engine. So even down south at the height of summer, synthetics’ improved cold-flow can still help improve fuel economy.

At AMSOIL, we’ve conducted multiple fuel-economy field trials. One of them revealed a 6.54 percent increase in fuel economy using AMSOIL synthetic lubricants compared to conventional oils in class 8 diesel trucks, which equals major savings for trucking fleets. We’ve also fielded multiple testimonials over the years from satisfied AMSOIL users who have experienced increased fuel economy (my own parents among them).

Gas probably won’t stay at $2.00 per gallon forever – prepare yourself by switching to synthetic lubricants if you haven’t already.