New diesel owners are not being told this critical information from the dealership. 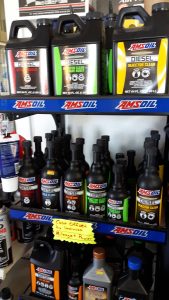 Diesel fuel has traditionally had high lubrication properties, but the desulfurization process that allows fuel to meet modern ultra-low-sulfur diesel (ULSD) requirements also strips it of organic compounds responsible for lubrication. Although the ASTM D975 standard for diesel fuel provides a minimum level of lubricity, it’s not as much as the Engine Manufacturers Association (EMA) has called for.

To meet government mandates for reduced emissions, nearly all diesel fuel sold in North America is ULSD, which contains a maximum of just 15 ppm sulfur, compared to traditional diesel fuel that contained up to 5,000 ppm prior to EPA regulations taking effect in 2006. ULSD is also compatible with modern exhaust treatment devices, such as diesel particulate filters (DPF), that also help reduce emissions.

Because lost fuel lubricity and the expenses associated with fuel-pump and injector replacements are serious concerns among diesel enthusiasts, some have adopted the practice of adding a little two stroke or 2 cycle oil to the fuel to replenish the lost lubricating properties. While this is generally a safe practice, it’s not recommended. Because all two-stroke oils are different, it’s a guessing game regarding how much oil is required to achieve a lubricity benefit. Using too little may not provide any benefit, while using too much may violate EPA laws regarding ash content.

The best way to increase fuel lubricity is to use a fuel additive designed specifically for this purpose, like AMSOIL Diesel Injector Clean (ADF – Our best seller), Diesel All-In-One or Diesel Injector Clean + Cetane Boost. These additives also provide specific additional benefits designed to keep diesel engines operating at top performance. Some say they can hear the difference. Omaha is starting to discover the AMSOIL difference now! We are keeping more and more cases so buy your months supply. We keep loads in inventory. 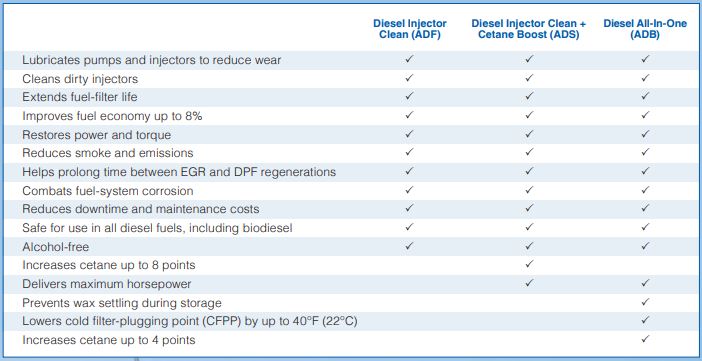 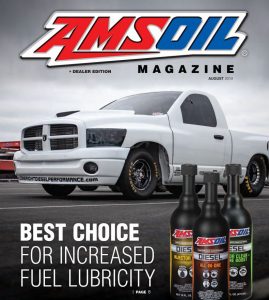