Why are We Tearing Apart this Indian Scout? (Plus, Check Out this New Product)

Why are We Tearing Apart this Indian Scout? (Plus, Check Out this New Product) 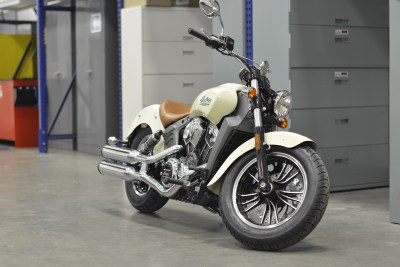 Motorcycles occupy a prominent place in our national lore. The V-twin engine, one can argue, belongs in our menagerie of quintessentially “American” items, right next to the bald eagle, the Liberty Bell and Abe Lincoln’s stovepipe hat.

It’s easy to see why. Motorcycles stand for freedom, rebellion, power. For many Americans (like Guinness World Record holder Danell Lynn), a motorcycle is their weapon of choice to fight the specter of an unlived, ordinary life. (For me it’s a tool to get out of town on my own journey so my wife can’t nag me.. )

In fact, this 2017 Scout is replacing our 2012 Harley-Davidson Street Bob, which has accumulated 207,111 miles over the past few years in all kinds of engine testing.

One of the best…

Most opt for a Harley-Davidson, whose engines have provided the soundtrack of the American summer for decades. It’s impossible to drive through just about any paved corner of America and not hear the rumble of a Harley. The brand is so firmly entrenched in our psyche that, for many, “Harley” has become the generic term for “motorcycle,” the way “Coke” stands for any soft drink in the South.

Not bad for a company founded in a little shed in Milwaukee, Wis., in 1903.

…but not the first

But for all Harley’s fame, the company can’t lay claim to being the first American motorcycle company. That distinction goes to Indian, founded just two years earlier, in 1901. Throughout the 1910s, Indian was the largest motorcycle manufacturer in the world. The Indian Scout and Chief gained huge popularity throughout the early 20th Century.

But financial trouble eventually beset the company, and Indian ceased production in 1953. One of America’s definitive brands shuttered its doors.

Flash forward to 2011, when Polaris Industries, better known around here for making snowmobiles, bought the brand and injected into it new life…and money. The Chief is back. So is the Scout, which was unveiled in Sturgis in 2014. Motorcycle.com named the Scout its 2015 Motorcycle of the Year.

Today, with sales of V-twins stagnant industry-wide, the Scout has bucked the trend, thanks to its classic styling and lightweight chassis powered by a 100-hp V-twin.

This preamble isn’t meant as a commercial for Indian. It’s meant to add context to this Indian Scout that rolled into our mechanical lab earlier this year. 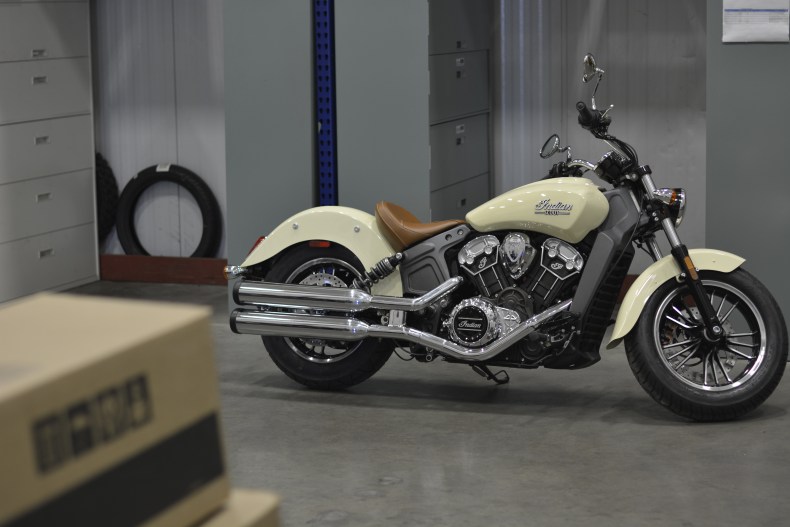 While one look entices most people to jump aboard and hit the streets, it beckons us to drive right into our dyno cell for a few rounds of testing. In fact, this 2017 Scout is replacing our 2012 Harley-Davidson Street Bob, which has accumulated 207,111 miles over the past few years in all kinds of engine testing.

Why the Indian? For starters, we simply like testing things around here. Our mechanical lab is a who’s who in the world of engine and equipment manufacturers. Adding Indian components to our collection of Harley, GM, Stihl, Honda and other parts seemed to fit the bill.

More importantly, we just introduced new AMSOIL 15W-60 Synthetic V-Twin Motorcycle Oil, and it’s recommended for the Indian Scout (along with Victory motorcycles). We already know the formulation works great in the Scout, but we’re never satisfied with “good enough” around here. This bike gives us our own “proving grounds” in which to test, tweak and re-test our formulations. So, in the months ahead, the Scout’s 1133-cc V-twin will be rumbling away in our mechanical lab under the watchful eyes of our technicians.

Once the tests end, the real fun begins –tearing down the engine and examining the pistons, rings, cylinders and other parts. One of my tasks here at AMSOIL is to assist in documenting some of our testing, so I plan to get awfully familiar with the guts of this Scout in the days ahead.

Hopefully we’ll have some interesting results to share soon, so stay tuned.

Until then, get out and ride.

Why is extreme heat so bad for motorcycles?

High heat causes the pistons to expand, potentially leading to catastrophic scuffing and cylinder wear. It also hastens oil breakdown – the rate of oxidation doubles for every 18°F increase in temperature. Oil that has oxidized leads to performance-robbing deposits.

In V-twins, especially air-cooled models, the oil plays a vital role in carrying away heat and dissipating it into the atmosphere via the oil pan or oil cooler. AMSOIL Synthetic V-Twin Motorcycle Oil withstands intense heat, helping your bike last longer and run better.

Find AMSOIL Products for my Motorcycle

*All trademarked names and images are the property of their respective owners and may be registered marks in some countries. No affiliation or endorsement claim, express or implied, is made by their use. All products advertised here are developed by AMSOIL for use in the applications shown.