What Does Horsepower Mean?

What Does Horsepower Mean?

In a stroke of marketing genius, he used the term to help sell London industrialists on the ability of his new steam engines to more efficiently produce one of our most precious resources. 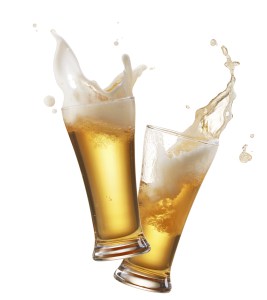 In 1784, London brewers were among the first to install Watt’s newfangled steam engines in their businesses, including a 10-horsepower unit at Samuel Whitbread’s brewery. Evidently, Londoners had a hankering for a strong, dark porter made at Whitbread’s Goat Brewhouse, so much so that Whitbread had to relocate to a larger building on Chiswell Street to accommodate demand.

Thanks to the steam engine’s efficiency compared to the draft horse, London – and eventually the world – was soon awash in suds. And the term “horsepower” is partly to thank.

Neigh it ain’t so

But first, Watt had to convince industrialists of the time that his steam engines could efficiently replace the horses upon which their businesses relied. What better way than to pitch his machines as offering enough power to replace X number of horses? Imagine accomplishing the work of, say, 200 horses without so much as having to clean a single stable?

How horsepower was born

Observing the strong draft horses at the heart of the London breweries, Watt reckoned one horse could turn a 12-foot mill wheel 144 times per hour. He also estimated the horse could pull with 180 pounds of force.

Plugging those figures into a complicated calculation informed the world that a horse can push 32,572 pounds one foot per minute, which Watt rounded to 33,000 pounds. Although some have since questioned Watt’s presuppositions (after all, he had a financial interest in proving his engines could replace horses), the term stuck. “Horsepower” was born.

Watt could advertise his steam engines as producing the same amount of power as a specified number of horses. This allowed the bean counters to calculate how much money running steam engines would save their companies compared to horses. 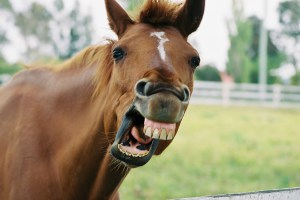 The term has since become part of our collective conscience. No respectable car website or magazine would review a vehicle without reporting its horsepower figure. The pursuit of more power has grown into a massive industry centered on an array of aftermarket products, such as cold-air intake systems, upgraded exhaust systems and performance tuners.

But horsepower figures can be too abstract to get our heads around. Here are some examples to add context.

Some interesting figures to ponder. And we have London’s beer drinkers to thank.

Next: 5 Ways to Boost Horsepower for Under $500