The Effects of Turbochargers and Gasoline Direct Injection 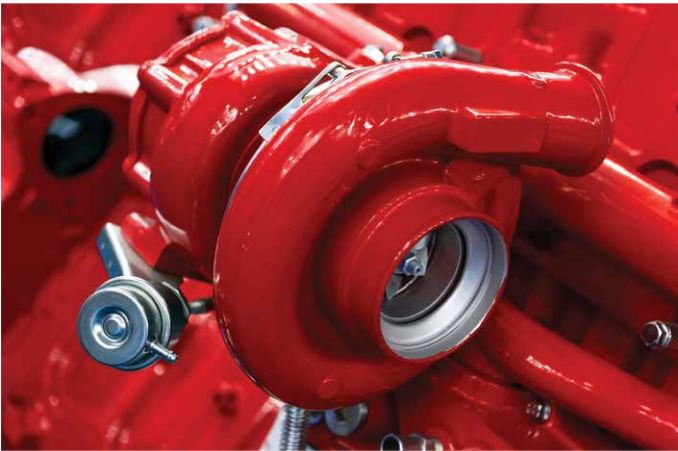 The push toward smaller, fuelefficient, yet powerful engines has driven the development of several key technologies. Gasoline direct injection (GDI) and turbochargers are now common features of passenger cars and light trucks. By 2020, industry experts predict that nearly every new vehicle will feature GDI technology, and the vast majority will be turbocharged (TDGI). While these advanced technologies enhance performance, they also present serious challenges to motor oil.

An engine is essentially an air pump, and the more air it ingests, the more fuel it can burn – and the more power it can produce. Turbocharging has emerged as the favored choice of automakers to increase the amount of air their engines take in. Unfortunately, extreme temperatures come along with the increased power.

While it seems like a win-win situation, it’s the motor oil that gets the short end of the stick. The turbo’s center section contains an oil-lubricated bearing. The tremendous heat and stress turbos create can cause some oils to break down and form harmful bearing deposits, known as turbo coking. Over time, turbos can suffer reduced performance or fail altogether.

Gasoline direct injection delivers accurate and rapid distribution of atomized gasoline. While traditional fuel-injection systems spray fuel into a manifold, GDI systems locate the injectors in the combustion chamber, which enables much more control over the amount of fuel injected and timing of fuel injection, improving combustion efficiency. Spraying the fuel directly into the chamber also provides in cylinder cooling, which helps allow higher compression ratios, increasing efficiency. GDI engines use a mixture of 40 parts (or more) air to one part fuel during light loading, while traditional gasoline engines use a mixture close to 14.7 parts air to one part fuel. The 40:1 ratio means less fuel is burned during combustion, resulting in better fuel economy.

The major side-effect of this technology is the increased risk of fuel dilution. As fuel is sprayed into the combustion chamber, it can wash past the rings and down the cylinder walls, into the oil sump. Fuel dilution can cause a number of problems:

You need an oil designed for these specific issues! Not one which they later went back to adjust additive levels.

And there you have it – The AMSOIL Advantage means Maximum resistance to heat and breakdown promoting long engine and turbo life. These engines won’t last forever but AMSOIL gives you more time. Rely on the oil which comes form engineers who have worked on the fuel contamination over past decade in diesel engines. Problem solved!