PREPARING FOR THE ROAD AHEAD: An Interview with Dan Peterson

PREPARING FOR THE ROAD AHEAD: 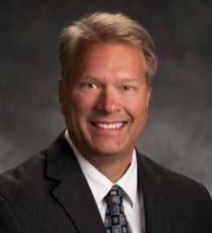 An Interview with Dan Peterson

AMSOIL Magazine: The changes to the AMSOIL synthetic diesel oil line are on a lot of Dealers’ minds. Can you clarify the two new American Petroleum Institute (API) diesel oil specifications that took effect in December?

Peterson: To help ensure the motor oil you use in your car or truck offers a minimum level of performance, the API has published motor oil specifications for decades. They typically update their specs every few years to ensure lubricant performance keeps pace with engine and equipment advancements. Normally the transition from the outgoing to the incoming specification is simple and most people never notice it.

This time, however, the API has introduced two new diesel oil specifications – API CK-4 and API FA-4 –  to replace the outgoing API CJ-4 spec. As you can imagine, this has led to some confusion.

AMSOIL Magazine: How do Dealers keep the two specifications straight?

Peterson: In most cases, your customers will require an oil that meets the new API CK-4 specification. CK-4 is backward compatible with the previous diesel spec. That means if your customers are using an oil recommended for API CJ-4, they should simply transition to the corresponding upgraded AMSOIL synthetic diesel oil, which will be available Feb. 6.

AMSOIL Magazine: What benefits do the new formulations provide?

Peterson: The new diesel oils deliver better wear protection and phenomenal durability compared to industry requirements. Not only are customers getting an oil that performs better, pricing remains unchanged. Plus, we were even able to increase commissions somewhat on the Heavy-Duty line to benefit Dealers.

“We’re never satisfied with minimum performance – we strive to be the best.”

AMSOIL Magazine: What should Dealers know about the API FA-4 specification?

We don’t anticipate high demand for FA-4 oils since they’re not backwardcompatible with API CJ-4 and may only be used in certain 2017 and newer overthe-road trucks, when approved by the original equipment manufacturer (OEM). Initially there’ll be very few applications in which FA-4 oils may be used.

It’s also important to know that using FA-4 oils is optional. Each model-year 2017 and newer application will be different. Some OEMs may require using an oil recommended for either API CK-4 or FA-4 – it is up to the customer to decide which to use. If they desire maximum fuel economy, then they might favor FA-4. But, like I said, demand is expected to be low.

AMSOIL Magazine: Ford* recently announced that it will not recommend API CK-4 or FA-4 oils in its applications, saying it will only recommend diesel oils that meet the Ford WSS-M2C171-F1 specification or oils formulated specifically for the previous API CJ-4 specification. Why?

AMSOIL Magazine: Are either of the two new AMSOIL diesel oil lines recommended for API FA-4?

Peterson: No. We don’t anticipate sufficient demand, but we’ll monitor the market carefully. We have the technology in place to offer an oil recommended for FA-4, and we’ll act if the need arises.

Peterson: The API licensing system is a voluntary certification that only sets minimum quality standards. We’re never satisfied with minimum performance – we strive to be the best.

The system can hinder our ability to cost-effectively implement technology that increases product performance. Our approach allows us to stay agile and adopt the latest technology to maximize overall engine protection.

Peterson: No. Although we may update the labels, they’ll all remain available as long as there’s demand.

AMSOIL Magazine: Let’s turn our attention to the two-stroke market. What key developments should Dealers be aware of?

Peterson: Handheld two-stroke equipment is changing. Years ago, chainsaws, string trimmers and other equipment ran rich, and burned a lot of oil. The problems we saw back then included a lot of smoke and plug fouling. Times have changed. The government requires reduced emissions, and OEMs have complied by designing equipment that runs on less oil. This equals more heat, which can lead to ring sticking, exhaust-port plugging and spark-arrestor-screen blocking. We reformulated SABER Professional Synthetic 2-Stroke Oil (ATP) last year to address these issues.

AMSOIL Magazine: The ECHO* String Trimmer Technical Study (G3455) demonstrates SABER’s superior performance. But why did you test SABER at 50:1 in the study instead of 100:1?

SABER at 50:1 performed so well fighting carbon deposits and wear that we decided to publish the results. We know how much our Dealers and customers love seeing new performance testing. Plus, the results at 50:1 provide a sales tool if Dealers run into a prospect who’s not interested in the benefits of using less oil. Let’s face it – many operators reject AMSOIL out of hand because they assume they’re supposed to use SABER at 100:1, and using less oil, in their minds, conflicts with their desire to maximize equipment life and performance. This study helps Dealers win over prospects who might otherwise never consider AMSOIL.

AMSOIL Magazine: Publishing test results of SABER at 50:1 makes it look like you’re backing away from the 100:1 recommendation. Don’t you trust SABER at 100:1?

Peterson: Absolutely. As the images show, SABER at 100:1 is just as effective as other oils at 50:1. In fact, we’ve just wrapped up more string trimmer testing with SABER mixed at 100:1, and the results are fantastic. SABER delivered outstanding cleanliness and wear protection, while the oil also solved nagging issues operators have experienced with exhaust-port blocking and spark-arrestor-screen plugging. We plan to publish those results by spring.

It’s important for Dealers to know, however, that some modern two-stroke equipment runs extremely hot and is more prone to deposits and wear. SABER at 100:1 performs just as well as other oils at 50:1 in this equipment, but SABER does offer an extra measure of protection at 50:1 due to the added detergency provided by using more oil.

AMSOIL Magazine: In light of this performance testing, how should Dealers sell SABER Professional?

Peterson: Our test results are available to help Dealers sell, not tell them how to sell. If Dealers’ customers are happy using an 80:1 or 100:1 mix ratio, Dealers can continue to market the value of using less oil and saving money.

But if Dealers run into a prospect reluctant to consider 80:1 or 100:1, use the ECHO String Trimmer Technical Study to sell them on 50:1. It’s up to each Dealer to know his or her customers and prospects and sell SABER as the solution to the problems they’re facing. 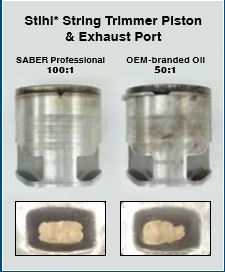 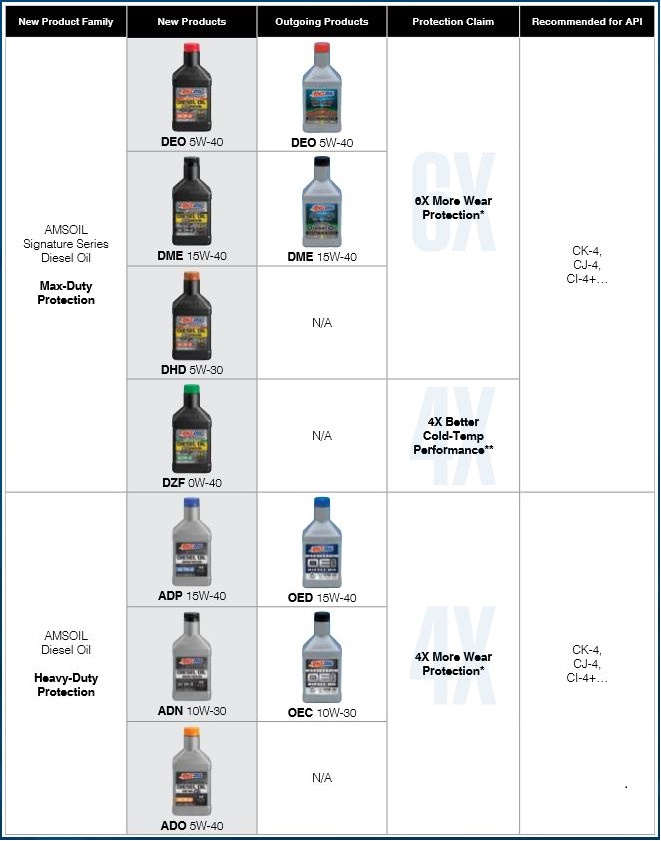