Never Overlook This When Maintaining Your Snowblower

Thanksgiving day. While my family was gathered in my dining room, imbibing spirits and making merry, I was in the shed disassembling the carburetor on my snowblower, reeking of petroleum as rivers of gasoline flowed under my jacket cuffs and saturated me to the elbows.

Here’s what happened, and here’s how to avoid it.

Snowblower maintenance can be distilled to this Golden Rule: Maintain your fuel system.

A snowblower that won’t start is almost always due to a fuel problem. And nothing raises your blood pressure like a dead snowblower following the season’s first snowstorm.

Preventing fuel-system problems starts in the spring prior to storage.

Leave the carburetor full of gas

This is where everything unraveled for me. One theory says that shutting off the fuel line and running the engine until the carburetor empties helps prevent varnish that plugs the jets and prevents starting.

Wrong, at least in my case. As I discovered, leaving the carburetor empty and exposed to air hastens oxidation and varnish. Fluctuating temperatures and humidity throughout the summer invite varnish, and it doesn’t take much to plug the tiny orifices in a carburetor. 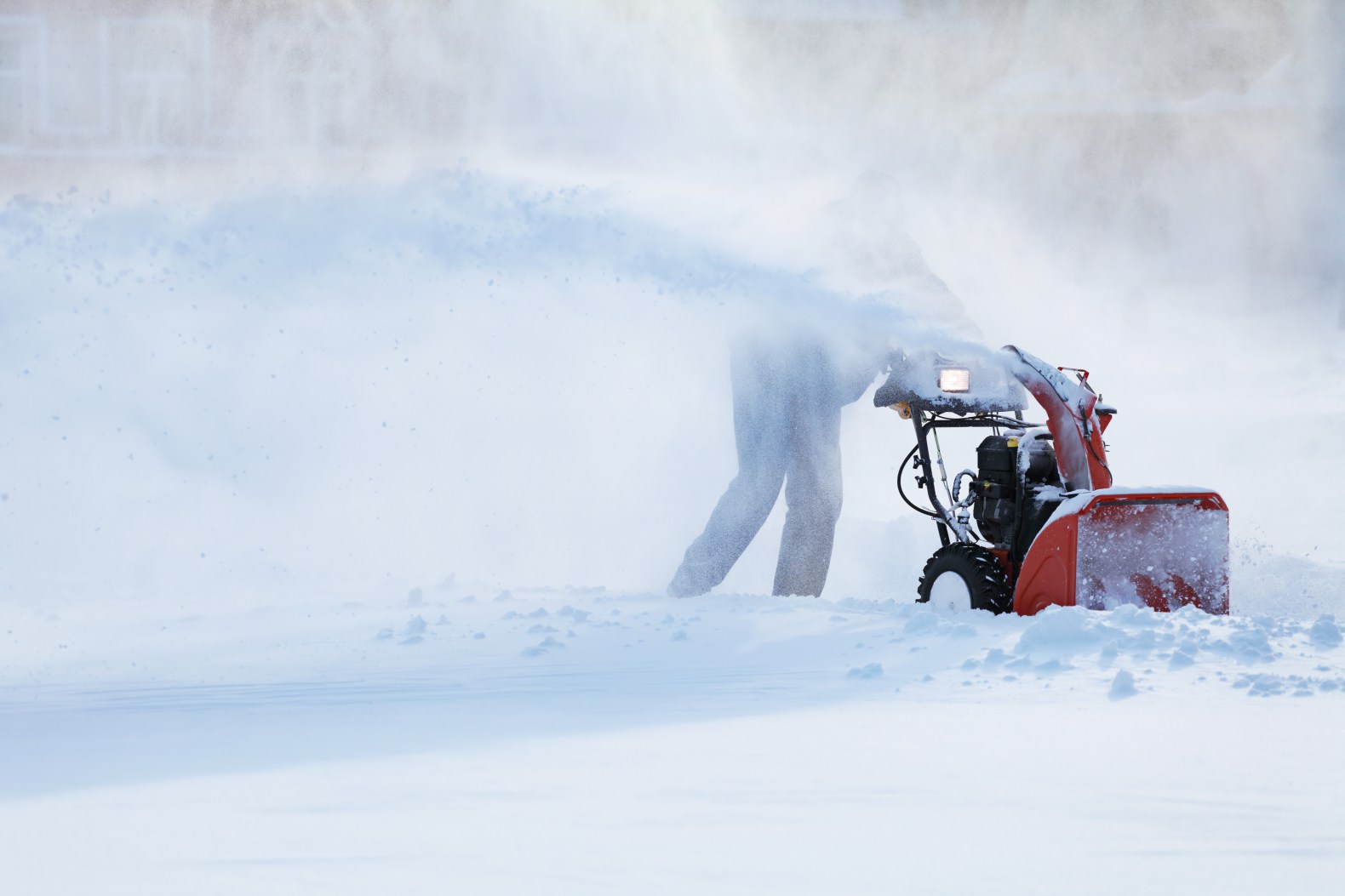 Then, it’s just a matter of time before you’re stinking of gasoline on Thanksgiving day while blasting carb cleaner on everything within reach.

Instead, add fuel stabilizer at the end of the season, run the engine for a few minutes to distribute the treated gas throughout the system, then shut down the engine. Now you can shut off the fuel line for the summer. The treated fuel in the carburetor bowl provides protection and helps keep components clean.

Some people claim you should run the carburetor empty since the gas will evaporate anyway. That may be true, but evaporation takes time, and the carburetor will at least be protected in the intervening months.

As mentioned, treat gas with stabilizer prior to storage. Stabilized fuel protects against oxidation and varnish throughout the summer.

When water infiltrates your gas tank in the form of melted snow, it can cause phase separation, a phenomenon that occurs when the bond between ethanol (present in most gasoline sold today) and gasoline breaks. When this ethanol/water mixture enters the combustion chamber, it creates a lean-burn situation that can damage your engine.

For best performance, use 91-octane, non-oxygenated (ethanol-free) gas. Many gas stations offer non-oxygenated gas and advertise it for powersports and off-road use. It’s a little more expensive, but spending a few extra dollars a winter to help keep your $1,000 dollar machine running strong isn’t a factor, in my opinion. At the very least, use ethanol-free gas during storage to help ward off phase separation.

If you use ethanol-blended gas, consider continuous use of a fuel additive, such as AMSOIL Quickshot, formulated to address ethanol-related performance issues.

Change the oil in the spring

Used oil contains acids that can slowly corrode metal components. Prior to storage, change the oil to remove acidic byproducts and ensure maximum protection throughout the summer. After changing oil, I like to run the engine for a couple minutes to distribute oil throughout the lower end of the engine.

Use fogging oil to protect the upper end (cylinder, piston, valves) from corrosion during storage. Remove the spark plug, which provides the perfect time to inspect its condition, and spray a little oil into the cylinder. Slowly pull the starter cord a few times to distribute the oil, then replace the plug.

Clean any debris from around the filler port on the auger gear housing, remove the plug and ensure the gear lube level is up to the top. If not, add the correct lubricant (check your owner’s manual for viscosity).

Stressing a worn belt after it’s sat idle for months is a recipe for a breakdown. When a belt does break, it’s often while clearing the first big snowfall of the year. Spring is the prime time to check the condition of drive belts and linkages. It’s much easier and far more comfortable to crawl around your snowblower on a mild, spring day than in the winter.

One final word of advice: Keep an eye on the weather at the start of winter. When the forecast calls for the first snowstorm of the season, start your snowblower a few days early to ensure it’s ready to go.

That gives you plenty of time if your snowblower won’t start – like about two hours on Thanksgiving day – to fix any problems.