The auto industry is changing, but not the Dealer opportunity. 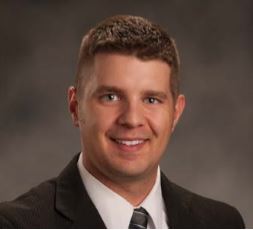 Does do term “electrification” make you fear for the future of the internal combustion engine and your Dealership?

As we explained in the April 2018 AMSOIL Magazine and again at the 45th Anniversary Convention last summer, it shouldn’t.

Constantly seeing stories in your newsfeed about automakers pouring money into electrification can understandably make you nervous. Who’s going to buy the products you sell?

But you can relax. If there is one point you take from this column, make it this:

“Electric” and “Electrified” are Vastly  Different

Notice that FCA (and other automakers) are moving toward electrification, which simply refers to vehicles that have an electric motor somewhere in the drivetrain. This includes several different hybrid vehicles, including the following:

All four of these hybrid vehicle types use an internal combustion engine and require motor oil.

Here’s where the confusion arises: the following electric vehicles are also included under the broad category of “electrified” vehicles:

Although common sense suggests that a Nissan Leaf is drastically different than a pickup truck whose engine shuts off at stoplights, the auto industry says otherwise. So, when an automaker announces its plans to introduce electrified vehicles, many people falsely assume they’re referring only to electric vehicles that don’t use an internal combustion engine. Some media outlets contribute to the confusion by interchanging „electrified“ and “electric.” The fact is, however, the push toward electrification includes widespread use of drivetrain systems that still use a conventional engine. Take, for example, the 2019 RAM pickup with eTorque and a 48-volt mild hybrid system. The system replaces the engine’s alternator with a belt-driven motor/generator that contributes torque, smooths shifts and recovers energy, where it’s stored in a lithium-ion battery. This application of electrification increases fuel economy about 2-3 mpg for the 3.6L engine;  the 5.7L Hemi engine and its classic rumble still remain available. (about the same as many customers say our Signature Series and PI Injector Cleaner does to their mileage).

Yes, electrification is here – and it will only grow in the ensuing years. But it’s not as scary as the headlines may have you believe. Most vehicles will still require motor oil and other lubricants. In fact, an estimated 92 percent of vehicles on the road worldwide in 2030 will still use an internal combustion engine. These new drive train technologies will present challenges to lubricants best addressed by high performance synthetics; the lubricant market is headed our way.

Local note – the oil change intervals are actually increasing for these vehicles as they use less oil causing the oil’s additives to last for shorter periods. World-wide finished lubricant sales have actually increased with the advent of these engine categories listed above. It also causes one to have a 2nd back-up ICE engine further adding to lubricant needs.