Does it Matter Which Brand of Motor Oil You Use?

The Internet is abuzz over the latest Blackstone Labs newsletter. OK, “abuzz” may be a stretch. But the newsletter certainly has sent the motor oil geeks among us into a tizzy.

The distinguished oil analysis laboratory sought to answer the age-old question: Does it really matter which brand of motor oil your use?

To find out, the author compared rates of engine wear in four different engines using a variety of leading motor oils on the market. Read the article for yourself to find Blackstone’s answer. If you don’t have the time, I can sum it up with a quote from the second-to-last paragraph: “Whatever differences exist from oil brand to oil brand, we don’t see a lot of difference in terms of wear for most types of engines.”

Blackstone Labs is popular among auto enthusiasts, and it’s easy to see why. We’ve always found their data legitimate and accurate, and we applaud their advocacy of the benefits of oil analysis. Plus, they do a great job of writing their newsletters in an approachable, fun style that appeals to the average gearhead who doesn’t have an engineering degree.

We’d like to build on Blackstone’s interpretation of the data in this edition of its newsletter. 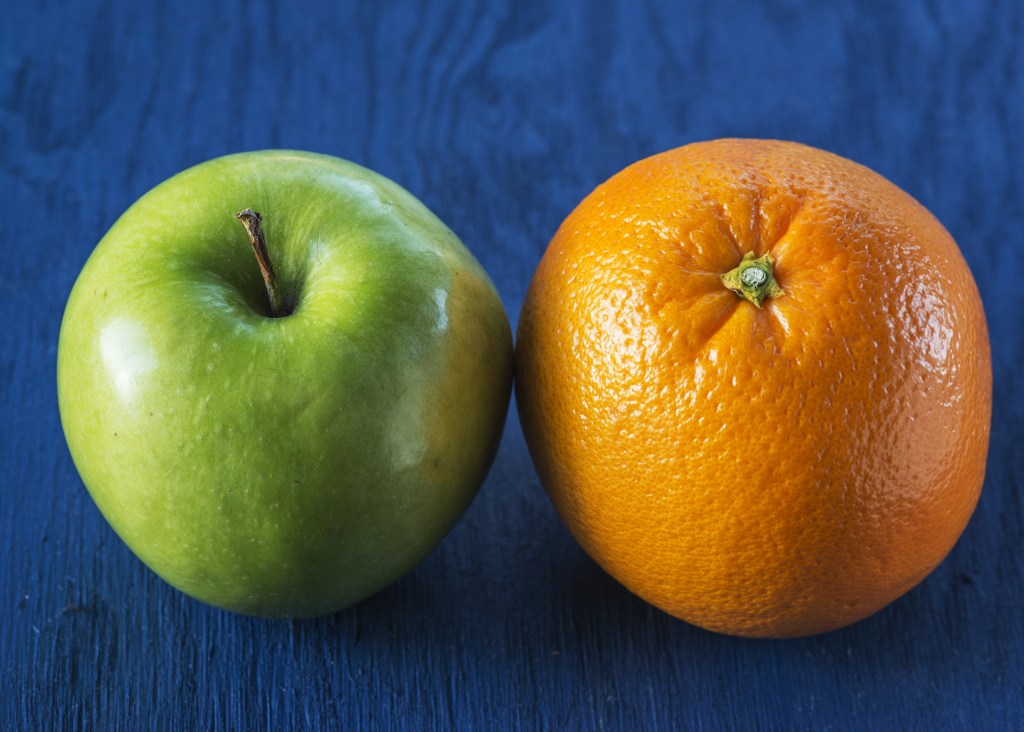 An apple a day

We all know the importance of making apples-to-apples comparisons when analyzing data. Not making proper comparisons can lead to misleading conclusions. Josh might be able to bench press 200 pounds more than Matt, which could lead to the conclusion that Josh takes much better care of himself. Does your conclusion change if you find out that Matt is 90 years old and Josh is 25?

The same principle holds with some of the test results here. In an ideal world, Blackstone would only compare like oil viscosities. For whatever reason, this isn’t the case. In one test of a Subaru 2.5L engine, Shell Rotella T6 5W-40 provided the lowest wear rate (2.03 ppm iron/1,000 miles). But all the other oils tested are 5W-30 viscosities. If you want to dominate a wear test, just use a higher viscosity. Just about any brand of 20W-50 would have likely outperformed the Shell Rotella.

Which brings us to another question. Which specific oils were tested? We formulate several 5W-30 motor oils. Are the oils tested the primary recommendation for that engine?

Blackstone compared rates of iron wear in three other engines, too. Incidentally, the AMSOIL products performed best in two of those three tests.

Now, let’s talk about copper. “AMSOIL 15W-40” (unfortunately, no indication is given to which of our 15W-40 oils was tested) led to the highest ppm of copper in the tested 6.7L Cummins engine (9 ppm). It’s important to note, however, that the AMSOIL product had the highest average mileage on the samples (11,427). Plus, 9 ppm copper is nothing. Polaris Labs, for example, another reputable oil analysis lab, doesn’t flag copper content until it surpasses 89 ppm. Plus, copper in oil isn’t necessarily an indicator of wear. It often originates from oil-cooler tubing.

The money is in the details

In the end, Blackstone’s main point seems to be that minor differences in the rate of iron wear mean very little. Why pay an extra couple bucks a quart for premium oil if it only amounts to a few ppm difference in iron wear rates?

The problem is (and, to its credit, Blackstone alludes to this fact in the article’s conclusion), the rate of iron wear is just a sliver of the overall picture of motor oil performance. We have to consider the oil’s ability to combat performance-robbing deposits due to intense heat; its ability to fight oxidation, which has a direct bearing on service life; its ability to boost fuel economy and so on.

Those factors are becoming more important, too, as engines grow more sophisticated. Today’s hot-running turbocharged, direct-injection engines place greater demands on oil than engines of yesteryear, and looking at only the rate of iron wear doesn’t tell the whole story in terms of performance. 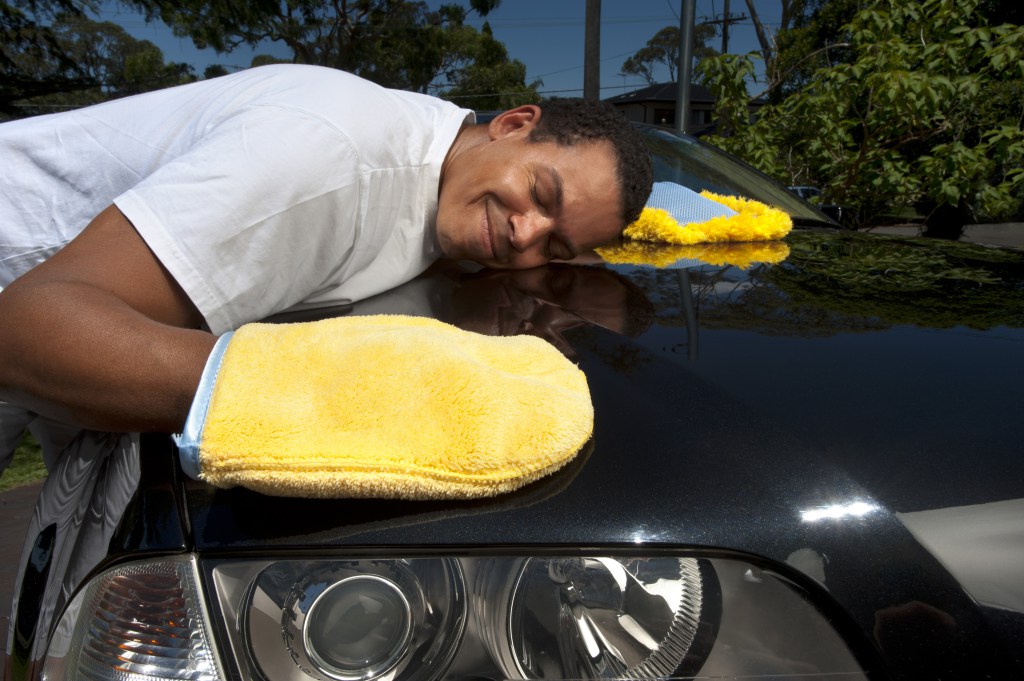 Love…one quart at a time

Not only that, but your buying motivation makes a difference, too.

The people who pay a couple bucks extra per quart are the people who love their vehicles. For them, their car or truck isn’t just an appliance that conveys them to work and back. It’s their identity. It’s part of their personality. They’ve probably given it a pet name normally reserved for a significant other. And they want to protect it – lavish it with the best of the best to ensure it responds with top-notch performance for years.

Those are our people, and AMSOIL is their oil.

Why? Because we pay attention to every last detail, no matter how seemingly trivial. It’s not just wear protection, either. We formulate our synthetic lubricants to combat intense heat, fight deposits and last longer than other oils, delivering more value. That razor-sharp focus has led to what we think stands alone as simply the best motor oil on the market: AMSOIL Signature Series Synthetic Motor Oil.

Not only that, but we’re working on a reformulation of our synthetic motor oils, and you’ll see an even better Signature Series Synthetic Motor Oil soon. Stay tuned.

For what it’s worth, the AAA agrees that synthetic oil is worth the extra money in a report it recently published.

Oil protects critical engine components from damage and AAA found that synthetic engine oils performed an average of 47 percent better than conventional oils in a variety of industry-standard tests. With its superior resistance to deterioration, AAA’s findings indicate that synthetic oil is particularly beneficial to newer vehicles with turbo-charged engines and for vehicles that frequently drive in stop-and-go traffic, tow heavy loads or operate in extreme hot or cold conditions.

At the end of the day, it’s a free country – use whatever oil you want. Use five quarts of Filippo Berio extra-virgin olive oil if you want. Just take into account the entire picture of oil performance when you make your choice.

*Based on independent testing of AMSOIL Signature Series 5W-30, in ASTM D7320 as required by API SN specification.

Does the brand make a difference? Well it does when people make a statement stereotyping an issue or a problem “due to synthetics” when most of these oils which are in the synthetic category aren’t even synthetic at all. And one company has address those issues but the stereotype remains. Thus the brand does matter.