Why Jay Leno Is Angry About Ethanol In Gasoline

Change is the one constant in life. It’s also difficult, because when there is a change – whether in technology or how we do things – there are often unforeseen 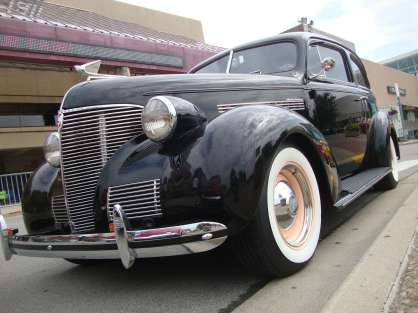 consequences.  One of the changes that has been taking place is that since 2005, the U.S. government has mandated that gasoline contain ethanol, most of it derived from corn.  The aim of this policy, among other things, has purportedly been to reduce our nation’s dependence on foreign oil, though it may also be a way to utilize the excess corn of our megafarm corn growers. What this change has done is to set in motion a number of unintended consequences, from its impact on food prices to mechanical issues in our cars and other equipment with engines.

And this latter is what prompted comedian and car collector Jay Leno to write a somewhat impassioned column in Autoweek this month titled, “Can’t We Just Get Rid Of Ethanol?”

Leno argues that this change to ethanol in gasoline has damaging consequences for older cars. The piece begins with a paragraph about the rise in the number of old-car fires lately, stating that the cause is related to the corrosive nature of ethanol when in contact with fuel-pump diaphragms or old rubber hose lines. 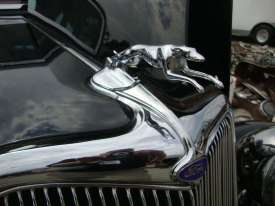 Change is a challenge in any field of endeavor, which is why we depend on others to help make us aware of the consequences of change so that worst case scenarios can be avoided. When fuel injectors became the standard in modern engines it was soon learned that deposits on the injector tips needed to be managed. AMSOIL introduced P.i Performance Improver at that time to address this, a much cheaper solution than replacing injectors every time they fouled.

So it is that ethanol in gasoline is now recognized to be a serious issue due to a phenomenon called phase separation. Ethanol is susceptible to water intrusion; when water collects in the gas tank through condensation or other means, the bond between ethanol and gasoline can break because ethanol is hygroscopic (it likes water more than it likes gasoline).

When the ethanol bonds with moisture it sinks to the bottom of the fuel tank, which can create a whole host of problems, including the formation of gums, varnish and other insoluble debris that can plug fuel flow passages and negatively affect engine performance. When this ethanol/water mixture is pulled into the engine, it creates a lean-burn situation that increases combustion chamber temperatures and can lead to engine damage.

Four years ago AMSOIL earned a SEMA New Products award for Quickshot, a gasoline additive developed specifically to address this issue of phase separation. Though initially introduced in a smaller package size for small engines, AMSOIL more recently introduced a quart-sized bottle for automobiles that sitt idle for any length of time.

The more you know, the more you discover how important it is to stay current with the changes occurring all around us, especially when it involves something you’re passionate about like your cars.