How Turbochargers and Direct Injection are Changing the Industry

Turbocharged, gasoline-direct-injection (TGDI) engines have been the topic of many AMSOIL blog posts and other publications the last few months, and for good reason. In recent years these technologies have taken the automotive industry by storm. In fact, industry experts predict that by 2020 nearly every new vehicle will feature at least one of these components.

You might find yourself asking, “What’s wrong with the good ‘ol engines we all know and have used for years?”

Remember a post back in May about CAFÉ requirements? (CAFE – Corporate Average Fuel Economy) Since the 1970s, the government has required each automaker’s vehicle fleet to deliver a minimum average fuel economy or face penalties. The minimum allowable fuel economy has steadily risen over the years and is scheduled to hit 54.5 mpg by 2025. To meet this goal, automakers have been turning to any technological advantage they can find, including turbos and direct injection.

So, how does a turbo improve fuel economy anyway?

To find out, let’s look at how they work. 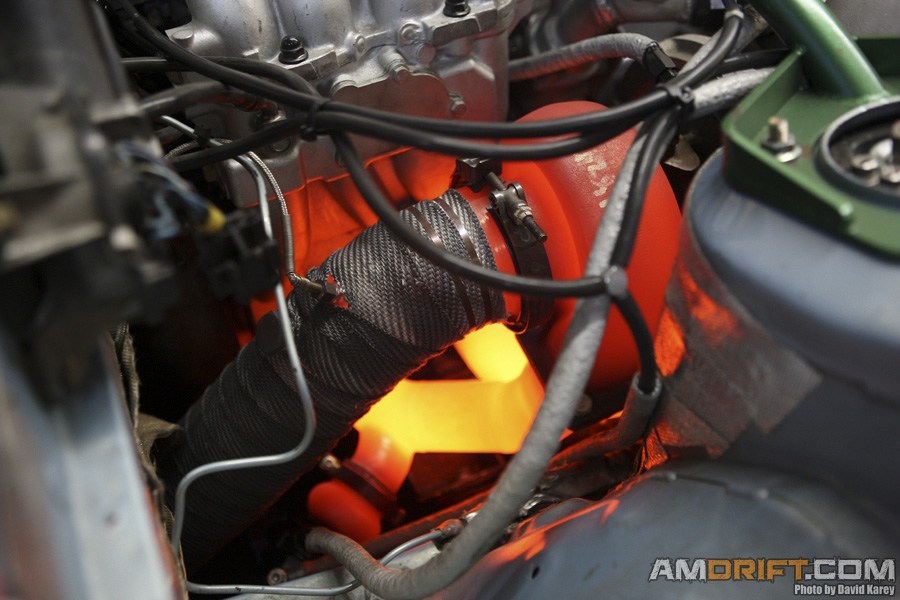 Turbos, which get insanely hot, push more air into the cylinders, increasing efficiency and power.

A turbo is essentially an air compressor that is powered by exhaust gasses. The gasses spin a turbine that pulls air through the intake and forces it into the combustion chamber. This improves combustion due to increased oxygen, which you experience as boosted horsepower and fuel economy.

Turbos sound like all upside to us drivers. More power, less fuel. What’s the problem?

Well, a turbo can spin upward of 230,000 rpm. Think of that for a second. For perspective, consider that the average vehicle today redlines at around 6,000 rpm, meaning the turbo can spin up to 38 times faster than your engine can operate. In addition, the gases that spin the turbine can exceed 1,000°F. Extreme speed coupled with blistering heat can lead to deposit buildup, known as turbo coking, which ultimately can ruin the turbo.

Engine oil is used to lubricate and cool the turbo. Using a high-quality synthetic oil, such as AMSOIL Signature Series Synthetic Motor Oil, helps reduce deposit buildup on turbo spindles and maintains performance. Another tip is to let your turbocharged vehicle idle for a minute or two after driving. The circulating oil will cool the turbo properly and reduce formation of performance-robbing deposits.

Let’s be direct – The BIG Issue

Gasoline direct injection (GDI) has also gained popularity with automakers. In fact, nearly all manufacturers use this technology to some degree.

GDI engines locate the fuel injectors directly in the combustion chamber, as opposed to the intake manifold as with a traditional port-fuel-injected engine. Doing so allows automakers to precisely control fuel-injection timing and, in some cases, perform multiple injections during the same piston stroke. Such precise control allows the computer to adjust the air/fuel ratio to as lean as 50:1 under certain conditions, whereas port-fuel-injected engines operate around 14.7:1. This precision results in improved fuel economy. 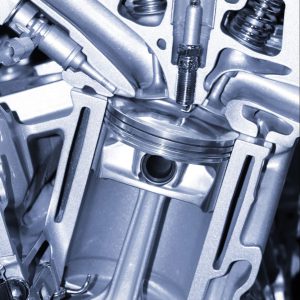 In a GDI engine, the fuel injectors are located in the fiery cauldron of the combustion chamber.

GDI engines are also equipped with a high-pressure fuel pump capable of generating fuel pressures up to 2,000 psi. In comparison, port-fuel-injected engines run on fuel pressure around 40 psi. Increased fuel pressure helps cool the cylinder and atomize the fuel more effectively for a more complete burn.

Again, GDI sounds like nothing but upside for us drivers, but there are drawbacks. With the injectors located in the combustion chamber, over-spray can hit the far cylinder wall, allowing fuel to wash past the rings and into the oil sump, contaminating the oil. Automakers are constantly changing piston designs to trap fuel in the combustion chamber, improving efficiency and reducing fuel dilution.

Another downside (the most costly) are intake valve deposits. In a port-fuel-injected engine, detergent-rich fuel washes over the intake valves, keeping them clean. However, in a GDI engine, fuel no longer touches the backside of the valves, resulting in deposit buildup. Over time, these deposits can prevent the valves from seating properly, leading to reduced performance and fuel economy.

Manufactures don’t include catch cans but this addition the owner can add from aftermarket can almost solve this issue. But either way if you notice any loss in mileage this needs to be addressed.  AMSOIL’s oldest selling point was “lowest volatility” which reduces significant amounts of oil picked up in the PCV system – just another reason to use any of our motor oils.

What it all means to you

In many cases, you won’t experience an issue with either your turbo or fuel injectors provided you perform regular maintenance and use a high-quality motor oil, such as AMSOIL synthetic motor oil, and a good oil filter. It’s also smart to clean the injectors and keep them functioning properly with a potent fuel additive, such as AMSOIL P.i.

That being said, when these technologies are combined, it can result in a potentially catastrophic abnormal combustion event, known as low-speed pre-ignition (LSPI). Check out an article about LSPI we wrote a couple months back.

LSPI is turning the lubrication industry on its head, requiring oil manufacturers to reformulate their motor oils to combat LSPI in order to allow automakers to take full advantage of the fuel-economy benefits of TGDI engines.

We’re proud to say that AMSOIL synthetic motor oils provided 100 percent protection against LSPI in the engine test required for the GM dexos1 Gen 2 specification. (the requirement to pass is 1/5th of that meaning to pass you can have a number of failures or pre-ignition events. Other motor oil brands are having to improve to meet a new API specification in 2020 which will partially solve this but their price will exceed current pricing by 15 to 20%. AMSOIL took care of this more than a year ago and will remain the better priced product in the category when this all takes place.)

I’ll leave you with one last comment: embrace the changes to modern engines and enjoy the performance and fuel economy gains they offer. And rest easy knowing that AMSOIL synthetic lubricants deliver the next-level protection needed to take advantage of today’s advanced engines.

OK, that was two comments.

Buy a 12 quart case of signature series now but buy at wholesale with a preferred customer account. Free shipping on the case price. Consider a 4-gallon case for more savings and as that is the equivalent of 16 quarts that will pay for a couple oil changes for most of us.