How to Test Engine Compression

How to Test Engine Compression 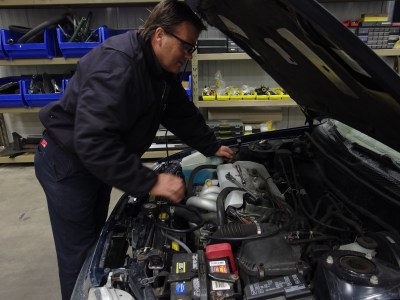 A simple equation even we non-engineers can understand. Compression refers to the pressure your engine generates inside the cylinders while it’s running. How much pressure the engine produces and how well it converts that pressure into usable work influence your engine’s efficiency and power.

How it all works and how wear and deposits can erode compression (i.e. horsepower) over time are interesting topics you can read more about here. But today, we’re talking about how to test engine compression.

For this example, I used my 1998 Toyota Corolla. Don’t laugh. I paid cash for it and it runs as smooth as a sewing machine. I also sought the help of Pat Burgraff, one of the techs in our Mechanical Lab. Pat knows his way around an engine.

Testing compression requires you to crank the engine several revolutions, and you don’t want it to fire in the process. Remove the fuel-pump and fuel-injection fuses so you’re not dumping gas into the cylinders each time you crank the engine. Then, disconnect the coil packs. Bear in mind the process for your vehicle may be different from the images here. 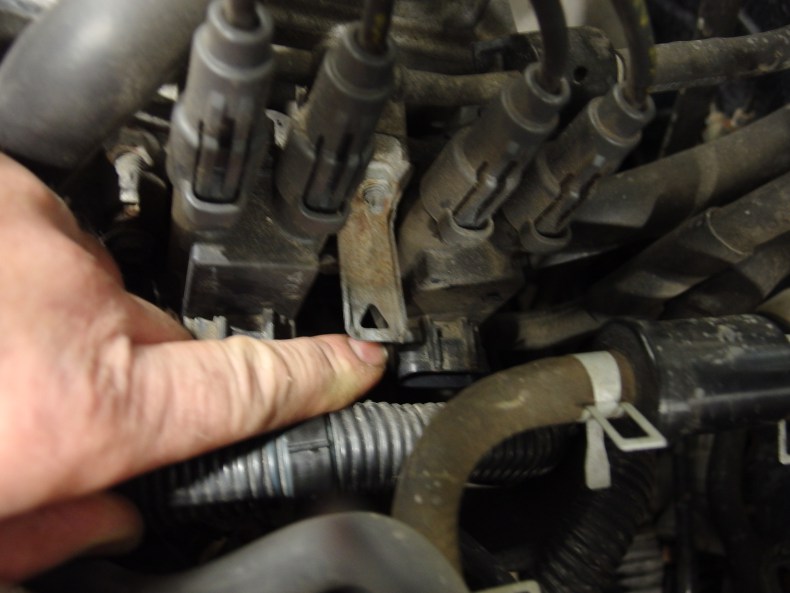 Disconnect power from the coil packs.

Label the plug wires so you return them to the correct positions. Otherwise, your vehicle won’t start when you’re done. Thread the compression gauge into a spark plug opening. Take care not to cross-thread it. You can get a compression tester for less than $50 at most auto parts stores.

Have a helper crank the engine 5-10 times, or until the needle on the compression gauge stops ratcheting up. Note the psi and move to the next cylinder. 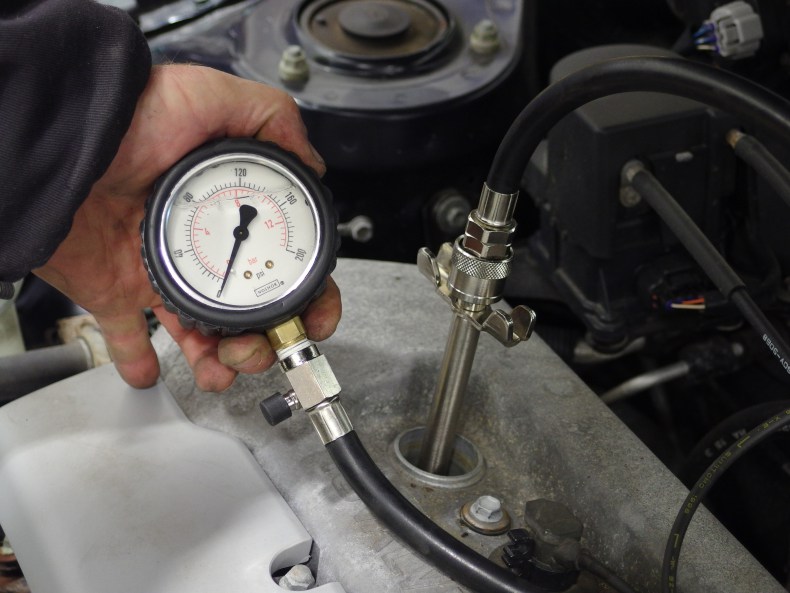 Thread the compression gauge into a spark-plug hole. 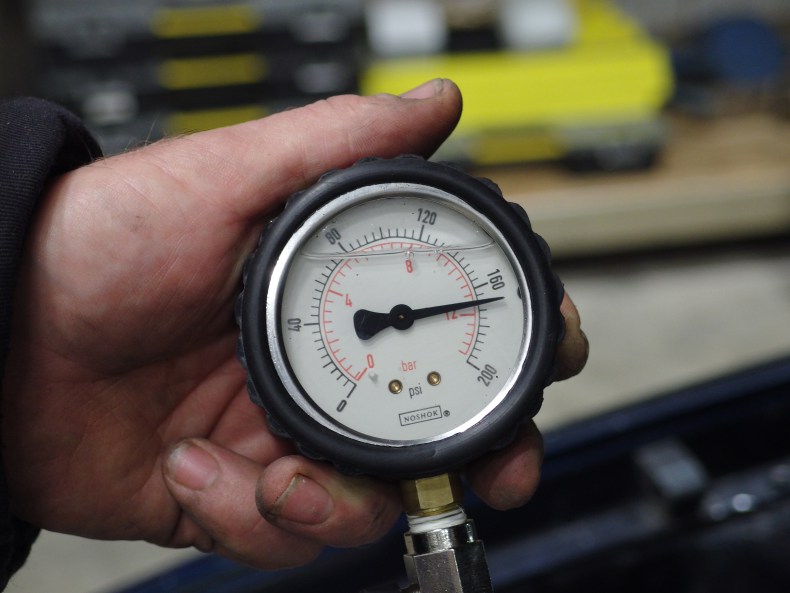 Crank the engine until the gauge stops ratcheting up.

Here’s where things grow murky. “Good” compression depends on the engine. Unfortunately, engines don’t come with their proper compression stamped on the outside. But a good rule of thumb says that each cylinder in a mechanically sound engine should have compression of 130 psi or higher. While I’ve seen some people claim 100 psi is sufficient, the gearheads and other sources I’ve consulted consider that too low.

In addition, you want consistency from one reading to the next. Again, a good rule of thumb is no more than 10 percent variation between any of the cylinders. That’s not to say 15 or 20 percent variation in one cylinder means your engine is junk. But a good, healthy engine should demonstrate minimal variation.

My trusty Corolla nailed the test, making between 165-175 psi in each cylinder.

If one cylinder has low compression, try pouring about a teaspoon of oil into the spark-plug hole and retesting. If compression increases, it’s likely the rings are stuck or worn. The oil acts as a seal and helps close the gap between the rings and the cylinder wall through which the cylinder is losing pressure.

If that doesn’t work, it’s possible the valves or valve seals are worn.

If you suspect stuck rings, try an engine flush designed to clean deposits, such as AMSOIL Engine and Transmission Flush. You can also try a fuel additive that cleans pistons, like AMSOIL P.i.

Word to the wise: you may illuminate your check engine light performing this test, as I did. It went off by itself after driving a few miles, though.