How To Choose the Right Battery for Your Car 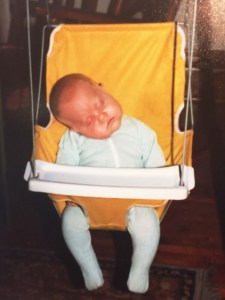 My son slept well because his father did all the worrying.

Most of us have a car battery story we could resurrect if asked. I have a few, but the most memorable was in 1986 when my son was born. On our seventh anniversary, my wife and I had dined at the now-forgotten Lemon Drop Restaurant on London Road in Duluth, Minn. The food was forgettable, but not the experience as we spent three hours counting and recording the time between Susie’s contractions. After dinner, we headed for home, the contractions having ceased. On the way, however, we stopped at a Spur gas station to fill up in preparation for whenever the time should come.

When I returned to the car after having paid the attendant, it was dead. Based on two decades of car ownership I correctly assumed there was an issue with the battery. Fortunately we had some tiny nails and a small hammer on hand. I drove a few small brads in between the cable head and battery post, hoping to improve the contact. Sure enough the engine turned over and we headed back home up the hill.

That, unfortunately, was not the end of the story. Three days later, with the arrival of a full moon, the contractions returned. As they became closer together, we made our way to the car. I turned the key and once again there was no response from the engine. I tried a trick or two, then took a moment to evaluate the situation. We were at the top of a hill. The hospital was five blocks away and it was all downhill. Gravity was on my side, but the problem would be how to park the car once we got into the parking ramp.

Though it was 6:00 a.m., our neighbor was very understanding. Using the borrowed car, we arrived at the hospital with plenty of time to spare and Susie delivered our first-born son. By the time she returned home, the car also had a new battery.

Most “dead battery” stories aren’t that dramatic, but they are nearly always inconvenient. That is why it’s a good idea to keep a set of jumper cables in your trunk. A better idea, however, is to be proactive about your battery. Don’t wait till it’s too late.

Have you ever left the lights on in your car and returned to find the battery dead? It happens less often these days because most modern vehicles have a buzzer or some kind of warning sound to remind you that you’ve left your lights on. But it can still happen with some vehicles. Even an interior light left on can drain a weak battery when it’s been on all night.

For this reason it might be a good idea to have your battery load-tested next time you have a mechanic change your oil, fix brakes or perform other maintenance. Keep in mind that battery strength is reduced as the weather gets colder.

Being proactive beats being stranded

Waiting until your car won’t start isn’t the best time to shop for a new car battery. But as you can imagine, that is usually the time most people do it. Just because a light switch is either on or off doesn’t mean a battery operates the same way. Over time they lose their strength, but they may still start the car just fine despite being weaker. An experienced driver can often tell by the sound the engine makes when cranking that a battery is wearing out. As I noted earlier, it’s safer to just have it checked when you bring your car in for some other form of maintenance.

Once you know you need a new battery, how do you know what kind to buy? Remember these two tips:

You already know the importance of checking fluid levels periodically. While you’re at it, get in the habit of noting the condition of the battery terminals. And, once a year, have the cranking power checked.

As the saying goes, a stitch in time saves nine. Or, in this case, better safe than sorry.