Be prepared to be schooled, race fans. I have a little lesson in technology for you. In today’s age, we all rely heavily on technology in our daily lives. I, for one, would be dead in the water if I didn’t have my phone, iPad and GPS watch (or maybe just lost without the last one).

This also applies in the racing realm, where technological advances can help teams with testing, training and transporting, among other things. We polled some of our race teams to see what gadgets they can’t live without. Open your note-taking app as I break it down below.

Webster’s defines the world enduro as a “long race, stressing endurance rather than speed.” Essentially it tests 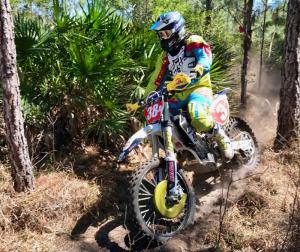 racers to see who can last the longest while traversing up steep climbs, through creeks and over rocks. One can imagine the level of physical endurance required of an athlete participating in that type of sport. That’s why the KR4 Pro team uses Polar M400 GPS watches to monitor and track their riding, racing and training.

“It can help you plan optimal training, break your records and even find your way back from a run. Our sons use it every day!” said team president and owner Frank Keegan.

A band containing the sensor is worn on around the chest and paired with a watch worn on the wrist. Data from each session can be paired with an app to take a look at overall training trends, which can then set the tone for upcoming training and riding sessions. 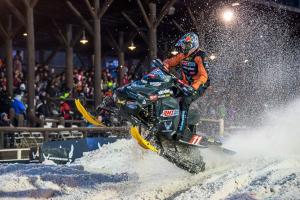 And for Steve Scheuring, team owner of Scheuring Speed Sports, it’s one gadget he can’t live without. “The data acquisition system tells us the whole story of what is going on while we are both racing and testing.”

made huge changes at the track. An embedded line across the track records race data that is then communicated to the scoring booth. This information is also communicated to the racers and fans through MyRacePass, which ultimately can help racers determine line choices while keeping fans updated on race results. In addition, the MyRacePass app allows updates, nightly payouts, race results and more to be updated quickly and easily for everyone to view.

Another “gadget” Madsen finds essential? Tearoffs, the sheets of laminate that cover a driver’s visor and that can be torn off during the race when getting dirty to ensure a clear field of vision. “They are necessary in dirt track racing.” he says. 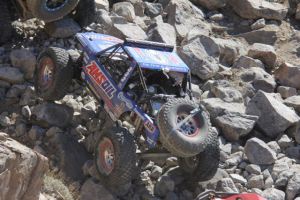 Technology isn’t always the answer. While all of the above help in the recording and viewing of data, good old-fashion tools are essential to a racing pro’s everyday life. Brad Lovell’s top four don’t require any type of plug. 3/8″ Impact wrenches are used for “everything;” Gorilla Tape is a life saver (he literally taped his leaf springs back on his ’68 Bronco during the Mexican 1000); zip ties are bought in the thousands; and a little diddy called a flush cutters (his #1 gadget) are used to cut zip ties (tie wraps) flush so hands are not cut.

So, there you have it race fans. I hope you paid attention as these gadgets can prove to be useful tools in all forms of racing (and some even in our everyday lives).

Until next time, we’ll see you at the races. Class dismissed!