Friction Is A Hot Topic

Friction Is A Hot Topic

What is friction? We all know what it is even if we don’t understand the mathematical equation that engineers use to express it. I remember a science lesson at some point during my school years when we were instructed to rub our hands together so we could feel the warmth generated by friction. It’s basic, but it makes a point. Friction creates heat. 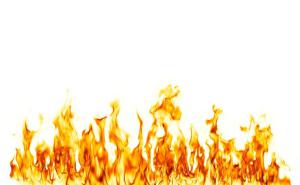 Learning how to start a fire is one of the survival skills one learns in Boy Scouts. We used to carry a little tinder box with fine, dried material that would ignite. We were taught three ways to get it started. The first was with flint and steel. The second was by using a magnifying lens and focusing the sunlight on your tinder. The third was through friction, created by rapidly rubbing two sticks together. (They showed us how, and by practice and patience it actually works, though I preferred the magnifying lens. Unfortunately, if you’re lost at night you can’t make a fire that way with moonlight.)

Most of us have an intuitive sense of how reducing friction makes things move easier. For example, if you have ever pushed a large, heavy box across a rough surface like a driveway, you will notice resistance, especially when the box is heavy. In fact, it’s possible to make the box so heavy you can’t move it by yourself.

Then again, that same heavy box, if you put it on a smooth surface, will be easier to move. An ice rink, for example. Except your feet won’t get traction on the ice because of the lack of friction. In other words, friction can be a positive thing or a negative thing.

The number-one function of motor oil is to act as a barrier between moving parts so as to minimize friction. There are at least three almost self-evident benefits of reducing friction:
• Reduced wear, which results in longer engine life
o AMSOIL shields your automobile with 75% more engine protection against horsepower loss and wear than required by a leading industry     standard.*
• Reduced heat in moving parts, which lowers the overall operating temperature of the equipment
• Increased engine efficiency so as to generate more power from less force

I like writing about friction because it’s something I understand. Just don’t rub me the wrong way.
* Based on independent testing of AMSOIL Signature Series 5W-30, in ASTM D7320 as required by API SN specification.