Electric Cars Too Quiet- Let’s Make Some Noise Out There

Let’s Make Some Noise Out There 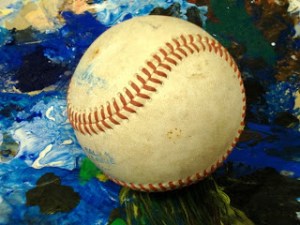 One memory I have from my baseball days in high school was how the coach would shout, “Let’s make some noise out there,” and we’d all begin shouting insults at the batter in order to distract him. I doubt it did much good. I certainly can’t recall ever hearing anything the other players were saying when I was standing at the plate with my focus on that guy on the mound. The only noise I heard was inside my head. As Harry Nelson once sang in that famous soundtrack from “Midnight Cowboy”:

Everybody’s talking at me
I don’t hear a word they’re saying
Only the echoes of my mind.

That memory is what came to mind when I saw Tim Runner’s “Washington Report” in Import Automotive Parts & Accessories magazine. The news brief reads, “Make Noise.” But it’s not about the kind of chatter we made out on the ball field. Rather, it’s about a new regulation that has been written into law and recorded in the National Register. The new law states that electric cars and hybrids have to make noise.

The regulation is an outgrowth of the 2010 Pedestrian Safety Enhancement Act (PSEA). It’s aim is to protect blind and visually impaired pedestrians. According to a PBS story on this new regulation, “The rule requires hybrid and electric vehicles to make audible noise when traveling in reverse or forward at speeds up to about 19 mph. The sound alert isn’t required at higher speeds because other factors, such as tire and wind noise, provide warning.”

I suspect it will add a little cost to the new electric vehicles (EVs) coming out in 2019 when the law goes into effect. On the other hand, it could be an opportunity to sell new accessory kits in which you download various muscle car engine sounds much the way we currently download ringtones for our phones. I can imagine going to the iTunes store to purchase a ’69 Hemi ‘Cuda rumbling, or maybe a putt-putting Model T. Would we have to have it sound like a car, though? What if we just played a laugh track everywhere we went? Would that satisfy the law’s intent?

Fun Fact: The gasoline-powered internal combustion engine requires a spark-ignited air-fuel mixture in order to generate power. Because there is no air on the moon, NASA relied on an EV (the Lunar Rover) to transport the astronauts across the lunar surface.

EVs go back further than you

Electric cars were quiet, clean and offered a much more pleasant motoring experience. They could run at a pretty decent clip as well. In 1899 a Belgian-built electric car called “La Jamais Contente” was clocked at 68 miles per hour, setting a world land-speed record. The gas-powered counterpart was a hand-cranked contraption that smelled, vibrated a lot and made a lot of noise. The hardest part of all was changing gears, which you didn’t have to do in an electric car.

Electric vehicles did have their limitations. First, they were expensive. Second, they had a range of less than 20 miles, which became especially problematic in a wide open country like the United States.

Today, the range limitation continues to be a problem for EVs, but it’s been getting much better than it used to be. And I doubt the problem of cars being too quiet is going to bother that many people. It will probably become easier to listen to audio books during my commute each day.

By the way, I have solved the battery problem. If people want electric cars but have issue with the batterys, weight and the issues surrounding all of that, why not work to get overhead lines in your city. You simply drive your ICE to the routs with overhead lines and connect the power whip to the lines! No battery and no gas needed as long as you follow the overhead power route! They are testing this very thing in Germany now. Battery-less tram like trucks.