Extreme summer heat combined with slow-moving rally or parade traffic can pose big problems for you and your motorcycle.

As heat intensifies, motor oil loses viscosity and becomes thinner. The oil can become so thin that the engine loses oil pressure, causing the oil-pressure gauge to bottom out. You may hear increased valvetrain and gear noise as parts clatter together. A good rider knows not to ride with no oil pressure, so he or she will shut down the bike and sit alongside the highway (or push the bike) until the engine cools enough to restore oil pressure.

Air-cooled V-twins get plenty hot on their own, but riding in slow-moving traffic makes it worse. Crawling along barely above idle doesn’t generate enough airflow to cool the engine. Add to that the blazing sun reflecting off the asphalt, and it’s a recipe for trouble. In extreme dyno testing designed to create heat, we’ve seen cylinder temperatures in a 2012 Harley-Davidson* Street Bob* as high as 383°F (195°C). 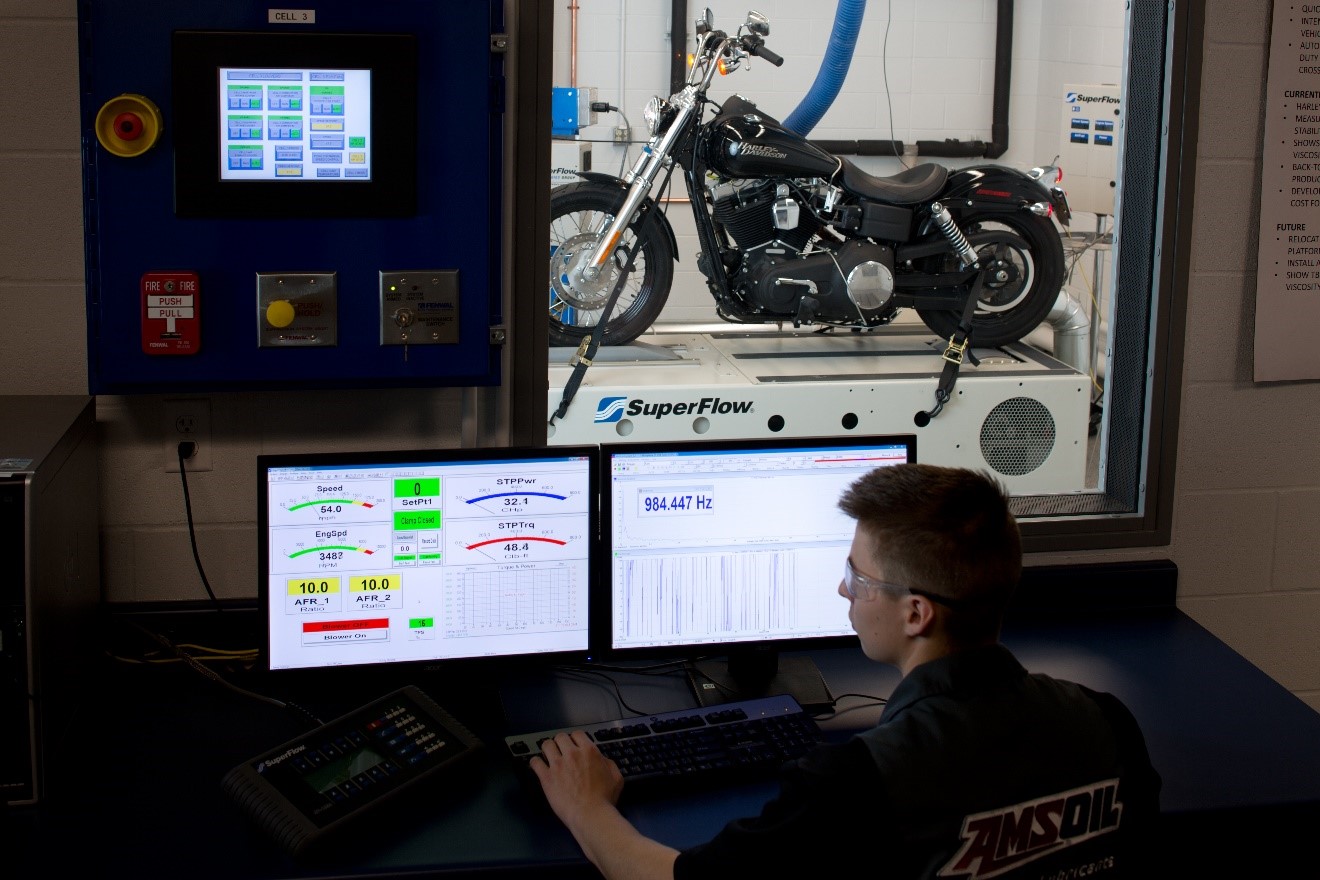 It’s up to the motor oil to protect the engine despite the intense heat; however, oil becomes thinner as it heats up. If it becomes too thin, it can fail to form a lubricant film of enough thickness and strength to prevent metal components from contacting during engine operation and wearing out. Once the lubricant film fails, it falls on the anti-wear additives to prevent wear. They form a sacrificial layer on components to keep them from contacting. But additives are designed to deplete with time and use. Once they wear out, your engine isn’t protected in this scenario.

The rate at which oil oxidizes, or chemically breaks down, doubles for every 18°F (10°C) increase in lubricant temperature. Oxidation occurs when oxygen molecules attack oil molecules and result in a chemical reaction that leads to harmful byproducts, like sludge and varnish. The faster the oil oxidizes, the sooner it wears out and requires changing.

AMSOIL Synthetic V-Twin Motorcycle Oil uses high-quality synthetic base oils that naturally resist thinning due to extreme heat and mechanical activity better than conventional base oils. As a result, it forms a thick, strong lubricating film on engine components despite the intense heat. Although any oil will become thinner in extreme heat, riders who use AMSOIL Synthetic V-Twin Motorcycle Oil won’t see their oil-pressure gauges bottom out, providing the confidence they need to keep riding after others have shut down their bikes and started pushing.

Find AMSOIL Products for My Bike

*All trademarked names and images are the property of their respective owners and may be registered marks in some countries. No affiliation or endorsement claim, express or implied, is made by their use. All products advertised here are developed by AMSOIL for use in the applications shown.