How To Dispose of Used Motor Oil

How To Dispose of Used Motor Oil 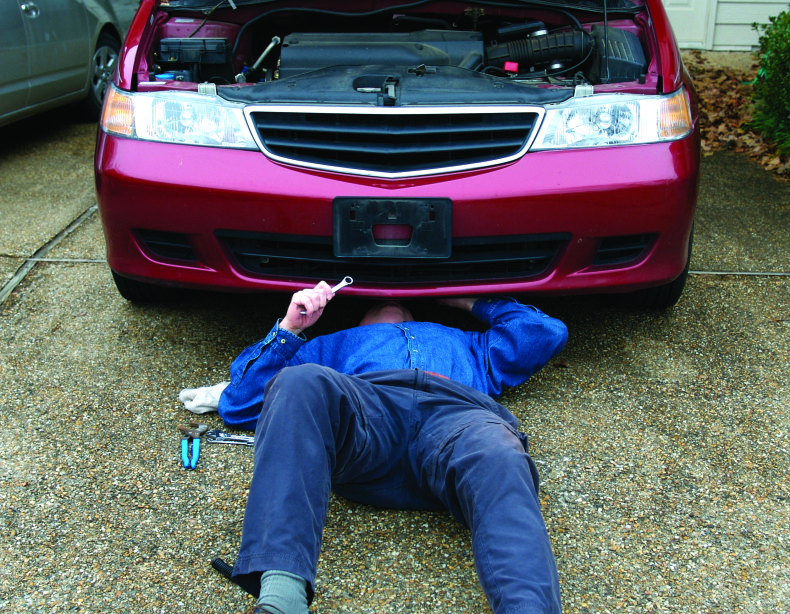 First, you need to safely catch the used motor oil. While draining the crankcase and removing the oil filter, it is ideal to catch every drop of used oil. I use a GarageBOSS drain pan, which has a screen on it to catch the filter or drain plug, a feature I sought out after dropping the drain plug in my bucket on many occasions, causing me to fish it out.

Some oil may end up on the ground. Absorb it with kitty litter (or an oil-absorbent powder), sweep it up and clean with a degreaser to help remove the oil stain.

Pour the used oil into a clean plastic or metal container with a tightly sealed lid. I tend to use the containers from my last oil change. Do not mix the oil with other automotive fluids like differential fluid and antifreeze. Oil recycling facilities may not accept oil that is mixed with other fluids.

In case the container isn’t tightly sealed, wrap the containers in plastic trash bags. Getting the motor oil smell out of the upholstery in a car is a difficult task that should be avoided at all costs.

Find where to take used oil or automotive fluids

You have reached the point of completion; all that is left is to properly dispose of the waste oil. Do not throw it in the trash or pour it down the drain. According to the EPA, used oil from one oil change can contaminate 1,000,000 gallons of water! So, where do you go from here? There are a few options:

Reduce, reuse, recycle. Everyone has that phrase ingrained into their mind. Many drivers are used to the standard 3,000-mile oil change. But another great way to reduce waste oil is to avoid making as much in the first place. Back in 1972, AMSOIL pioneered the one-year oil change interval, and it’s prevented millions of gallons of used oil from entering the supply stream ever since.