Can Your Motor Oil Handle the Seven Responsibilities of a Lubricant?

Most motorists understand the primary functions of motor oil: reduce friction and wear. However, motor oil and other lubricants must do more to protect your vehicles and equipment. With engines and equipment becoming more powerful and sophisticated, it takes a properly formulated, well-balanced lubricant to carry out these seven critical functions. 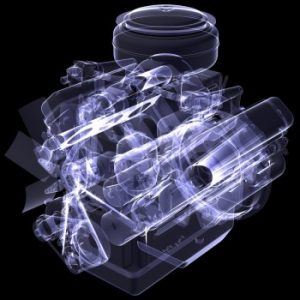 Lubricants maintain internal cleanliness by suspending contaminants within the fluid or by preventing the contaminants from adhering to components. Base oils possess a varying degree of solvency that assists in maintaining internal cleanliness. Solvency is the ability of a fluid to dissolve a solid, liquid or gas. While the solvency of the oil is important, detergents and dispersants play a key role. Detergents are additives that prevent contaminants from adhering to components, especially hot components such as pistons or piston rings. Dispersants are additives that keep contaminants suspended in the fluid. Dispersants act as a solvent, helping the oil maintain cleanliness and prevent sludge formation. 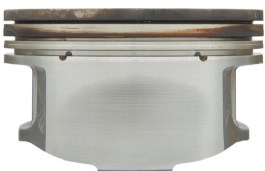 Reducing friction minimizes heat in moving parts, which lowers the overall operating temperature of the equipment. Lubricants also absorb heat from contact surface areas and transport it to a location to be safely dispersed, such as the oil sump. Heat-transfer ability tends to be a trait of the base oil’s thickness – lighter oils tend to transfer heat more readily.

Lubricants act as a dynamic seal in locations like piston rings and cylinder contact areas to prevent contamination.

A lubricant can cushion the blow of mechanical shock. A highly functional lubricant film can resist rupture and absorb and disperse these energy spikes over a broad contact area. As the mechanical shock to components is dampened, wear and damaging forces are minimized, extending the component’s overall operating life.

A lubricant must have the ability to prevent or minimize internal component corrosion. Lubricants accomplish this either by chemically neutralizing corrosive products or by forming a barrier between the components and the corrosive material.

Because lubricants are incompressible, they can act as an energy-transfer medium, such as in hydraulic equipment or valve lifters in an automotive engine.

Lubricants do far more than simply protect against wear. High-quality lubricants – like AMSOIL synthetic lubricants – are formulated to excel in each of these critical areas, ensuring you get the most out of your vehicles and equipment.