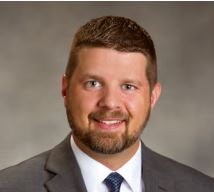 Oxygen comprises about 20% of our atmosphere. It’s the third most common element in the universe. Without it we’d all be doomed. Yet, oxygen can cause problems inside your engine.

A lubricant’s ability to fight oxidation is vital to engine and equipment protection and performance, so let’s take a closer look at the oxidation process.

What is oil oxidation?

Oxidation occurs when the addition of oxygen changes a chemical substance. Take an apple, for example, which quickly turns brown when cut due to oxygen.

Metal also succumbs to oxidation, sometimes in just a matter of hours. Have you ever noticed your brakes grinding after letting your car sit for the day in wet weather? That sound is your brake pads scouring rust from the rotors.

Motor oil isn’t immune to oxidation. In fact, oxidation is the most common chemical reaction a lubricant in service will undergo. As oil reacts with oxygen, a permanent chemical change to the oil molecules occurs. This can result in several problems, including the following:

Heat isn’t the only oxidation accelerant – certain metals, acids and water can also hasten oxidation. So can large volumes of entrained air, known as foaming.

Can we prevent motor oil oxidation?

Unfortunately, no. Nature is relentless, and all motor oil will eventually oxidize. But we can dramatically slow oxidation through use of synthetic base oils and antioxidant additives.

AMSOIL synthetic lubricants are formulated using synthetic base oils with a saturated molecular structure, meaning oxygen has limited locations to attach and cause issues. This provides inherent heat and oxidation stability compared to unsaturated conventional oils that have a high number of locations where oxygen can easily attach.

AMSOIL synthetic lubricants also contain high-performance antioxidants. These additives are sacrificial in nature, meaning they deplete over time, effectively “taking one for the team” and protecting the overall formulation from oxidation.

In the graph, you can see the difference this makes. The graph shows results of a bench test that measures the time it takes an oil sample to oxidize. Starting with good synthetic base oils with inherently better oxidation resistance, then protecting them with high-performing antioxidants, results in significantly longer-lasting oil performance.

The performance improvement also shows up in engine tests. Signature Series 5W-30 Synthetic Motor Oil’s (ASL) performance in the Sequence IIIH Test provides a dramatic example. The test exposes the oil to intense heat, which speeds the oxidation process and can lead to deposits and sludge. Even after doubling the length of the test, Signature Series provided 40% cleaner pistons than required by the standard.¹