What is it about the Ford Mustang that so excites the imagination? Well, for starters, consider the name. Mustang. 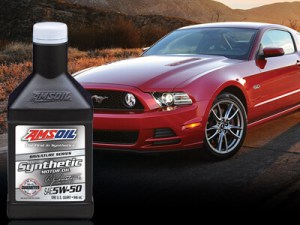 When I think of mustangs, I think of wild horses. And when older men think of Mustangs, they think of the wild horsepower packed under the hood of that particular breed of Sixties muscle car.

Introduced in 1964 at the New York World Fair, the Mustang became an instant hit. Muscle car madness overtook the American car scene with its lust for power. The ‘Stang was Ford’s definition, competing with Camaros, GTOs, Chargers, Hemi-powered Road Runners and ‘Cudas.

A half century has passed, and Mustang-love continues undimmed by the years. For a quick overview of the various stages of Mustang history check out this Pinterest collection or this Mustang timeline.

This year at the 2014 SEMA Show the Mustang took 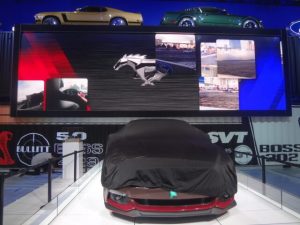 center stage as it celebrated its 50th birthday. In conjunction with this AMSOIL has added a new viscosity to its Signature Series line specifcally formulated for high-horsepower Ford Mustang engines requiring the Ford WSS-M2C931-C performance specification.

Like its Sig Series siblings, AMSOIL Signature Series 5W-50 excels in extreme temperatures. It resists thermal breakdown to maintain protection in high heat and it contains no wax, allowing it to remain fluid in the low temperatures for improved oil flow and protection at startup. Signature Series 5W-50 is designed for maximum efficiency. It exhibits an extremely low volatility rate to control oil consumption and emissions.

For more information on our new oil visit this insightful page on our website.