A closer Look At Engine Sludge

Brands matter, quality matters and frequent oil changes will not alter this. It’s all based on the additive quality and it does effect the price.

Engine sludge occurs when oxidized oil and contaminants build up on engine surfaces. It can restrict the flow of oil to the point of engine failure and costly repairs.

As the oil installed in your vehicle ages, oxygen reacts with the lubricant, resulting in a permanent chemical change. The oil picks up oxygen and becomes thicker. Just like oxygen attacks metal surfaces and causes corrosion, it negatively affects lubricants and reduces their ability to lubricate, cool and protect components. Excessive heat speeds the oxidation process. In fact, every 18°F (10°C) increase in temperature doubles the rate of oxidation.

Adding to the challenge, contaminants begin to form during normal operation. In engines, hot combustion gases can blow by the piston rings and contaminate engine oil. Glycol from engine coolant, water that forms with temperature fluctuations and fuel are other common contaminants that affect lubricants. Left unchecked, contaminants accelerate chemical reactions, which overload the lubricant and cause the formation of sludge – a gelatinous substance that wreaks havoc in engines.

Sludge can block the oil passages and oil-pump pick-up screen, resulting in oil starvation. Often, the negative effects are cumulative rather than sudden. Many engines with variable valve timing (VVT) use oil pressure-operated mechanical devices to change valve timing, duration and lift. Sludge can plug the solenoid screen or oil gallies and impact the operation of VVT mechanisms, eventually leading to a costly repair bill. Sludge reduces efficiency and increases time and money spent on maintenance.

Signature Series Synthetic Motor Oil was subjected to the Sequence VG test to measure its ability to prevent sludge. As expected, Signature Series produced an oil pick-up tube screen virtually free from sludge (see image below). Our unique combination of detergents and high-quality base oils control oxidation and sludge to keep engines clean and efficient. 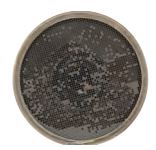 Sludge: a gelatinous substance that wreaks havoc in engines. 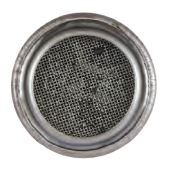 We own an ecoboost engine (on our Ford van) so based on our personal experience the Signature Series is the only choice in these engines. They run extremely hot effecting the process mentioned above. Test the oil you are using now at or near Ford’s maximum interval and I’m certain it’s beyond it’s life!! TBN and Oxidation levels can be at dangerous levels.  Signature Series gives you that extra benefit of the doubt because when the detergents dissipate you can start to have severe wear from corrosion and of course needless deposits from sludge AND increased oil consumption. We eliminated 75% of a resent F150 Ecoboost V6 oil consumption problem using the Engine Flush (FLSH) and the Signature Series 5W-30 (ASL).