Is Norway Really Going to Ban Gas and Diesel Vehicles?

Is Norway Really Going to Ban Gas and Diesel Vehicles?

An eye-opening news report surfaced the other day: Norway plans to ban sales of new gasoline- and diesel-powered vehicles starting in 2025. Elon Musk, CEO of electric-car-maker Tesla, tweeted his approval to the plan.

It turns out the news report was inaccurate, with a press release later saying, “… there is no talk of banning the sale of diesel and petrol vehicles in 2025…” However, a Norwegian political party leader also said, “No, Norway isn’t banning diesel and petrol cars – yet”.

I’m interested to see how this all plays out in the years ahead as governments continue pushing to reduce greenhouse gas emissions. But for now, let’s focus on how you can help reduce emissions in your fossil-fuel-powered vehicle today without swapping it for a plug-in unit. 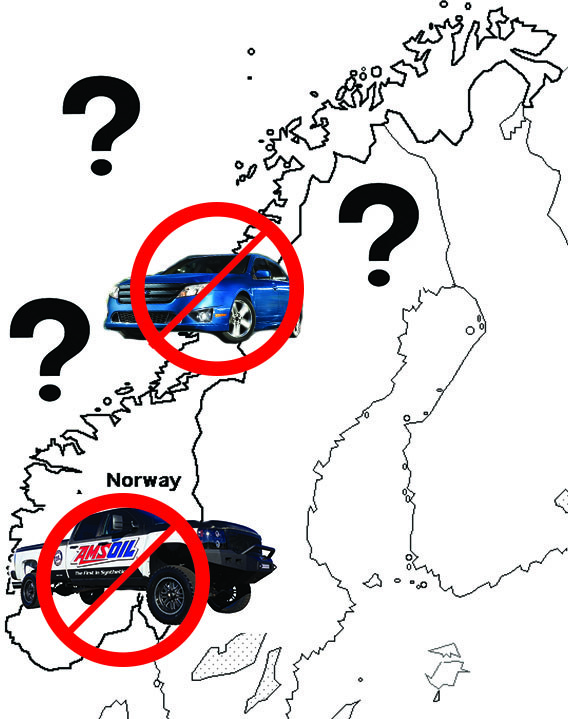 We tend to associate only the byproducts of gasoline or diesel combustion with harmful tailpipe emissions. The engine burns fuel and emits carbon dioxide, carbon monoxide, nitrous oxides and other chemicals into the air. Many people don’t realize, however, that it’s normal for a small amount of oil to burn as well, contributing to emissions.

An oil’s tendency to evaporate in the presence of extreme heat is determined by its volatility. Think of a puddle in the middle of an asphalt parking lot on a hot summer day. The sun beating down slowly lifts water molecules out of the puddle and into the air. The same principle is at work inside your engine. Conventional motor oils contain light, unstable molecules, and the extreme heat of your engine can lift them out of the oil, causing the oil level to slowly drop (you may have experienced this if you’ve ever owned a vehicle that “uses” oil). The evaporated oil exits the tailpipe as exhaust emissions.

AMSOIL synthetic motor oils, on the other hand, are much more resilient to heat. They don’t contain the light, unstable molecules inherent to conventional oils, meaning they’re less likely to evaporate, which helps reduce emissions.

What about gasoline emissions?

Burning gasoline remains a huge source of emissions, and incomplete combustion is one reason why. For gas to burn efficiently, it must be atomized into a fine mist prior to combustion. A mist is easier to ignite and burns more evenly than a stream of gas. The fuel injectors accomplish this task as gas is forced through the tiny openings on the their tips. It’s similar to rotating the tip on a bottle of window cleaner until it emits a fine mist instead of a messy stream. 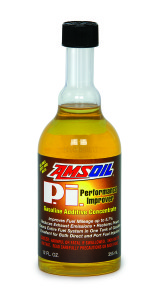 Over time, however, deposits can form on the injector tips, which interfere with formation of an efficient mist of gasoline. As a result, some of the gas doesn’t combust and instead exits the engine during the exhaust stroke, creating harmful tailpipe emissions. Incomplete combustion also reduces your fuel economy.

It also boosts fuel economy up to 5.7 percent, and an average of 2.3 percent.

This all means you can help cut emissions today by doing nothing more than changing your oil and maintaining your vehicle with a quality gasoline additive.